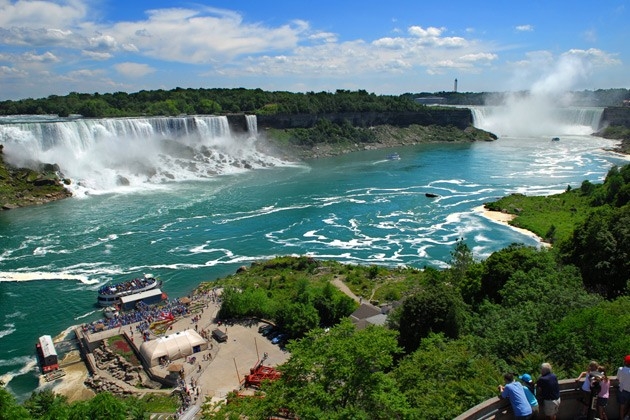 Travelsphere’s Private Chauffeur Service collects you from home for your flight to Toronto. On arrival, we'll transfer you to your hotel for an overnight stay.

Canada's largest city is going to be a delight to explore on your morning tour. This sprawling multi-cultural metropolis offers so much. There are landmarks including the Parliament building, City Hall and the Roger's Centre Stadium, which is home to the Toronto Blue Jays baseball team. Then you've got beautiful beaches on Lake Ontario's shores, a zoo and the largest aquarium in the country. With a free afternoon, see how many you can fit in! For spectacular panoramic views, a trip to the top of the CN Tower in one of the glass-fronted lifts is highly recommended. You could also spend time taking a stroll through the Old Town with its great markets.

Today you'll experience one of Canada's most iconic natural wonders as you head to the awesome Niagara Falls. Consisting of three waterfalls – Horseshoe Falls, American Falls and Bridal Veil Falls, they are a breathtaking sight, and how you view them is up to you. The thrill of flying over them on an optional helicopter ride is hard to beat. Another option is a cruise on the Niagara River, which will get you really close to the thundering waters.  We'll leave the falls and head to picturesque Niagara-on-the-Lake, often described as one of the 'loveliest towns in Canada'. Situated at the mouth of the Niagara River, it's also renowned for its wines, in particular ice wine, which is made from grapes that have frozen naturally on the vine. After a winery tour, we'll clink glasses as we enjoy a tasting whilst taking in beautiful views of Lake Ontario.

We travel to Rockport today, where we join our Heart of the Island Cruise, with great views of the 1000 Islands. Some islands are large and home to opulent mansions, while others are tiny, uninhabited outcrops. Later, we continue to Ottawa, our base for the next two nights.​

Your day begins with a walking tour of Canada's modern-day capital city. Highlights will include Confederation Square, the National War Museum, Sparks Street, the grounds of Parliament Hill and the Tomb of the Unknown Soldier. By lunchtime we'll be in ByWard Market, so why not choose a restaurant before exploring further at your own pace. We highly recommend a visit to Rideau Hall, the official residence and workplace of Canada's Governor General.​

This morning you could join our optional excursion to the Canadian Museum of Nature. The hands on Polar Bear tour with Mammal and Artic Galleries, presents a spectacular window to the geography, climate, wildlife and people of Canada's Arctic. Later we'll revel in the beauty of the Laurentian Mountains, as we make our way to the resort town of Mont Tremblant, on the shores of Lake Tremblant. As you explore the resort, you'll find a huge choice of shops and restaurants. If you like, you can ride a gondola to the top of the highest peak in the Laurentians for amazing views.​

We arrive in Quebec City today. Inside the fortified walls of this 400-year-old city you'll find an intact fortress - La Citadelle – and the Upper and Lower towns. On your tour you'll see the fairytale Château Frontenac, a hotel, which dominates the skyline, City Hall, the Latin Quarter, the Military Drill Hall and Old Quebec. Another highlight is the Plains of Abraham, the site of the 1759 Battle of Quebec between the French and British. Time to yourself this afternoon gives you the chance to explore your own way.​

The choice is all yours today – you can explore the cobbled streets of Quebec City at your own pace, or you can take an optional trip to Baie-Sainte-Catherine. Located at the junction of the St Lawrence River and the Saquenay Fjord, this is a hot spot for whale-watching. The journey itself offers fantastic river views, and the chance to see whales in their natural habitat is something you'll never forget.

As we make our way to Montreal we'll be rewarded by wonderful views. En route we're going to make a stop at an authentic Quebecois Sugar Shack for lunch. Originally used for the production of maple syrup, we'll take a tour and enjoy traditional Quebec cuisine whilst listening to live music. Be sure to sample the pancakes and melting maple taffy on snow - delicious!  L

An important port, Montreal is filled with character and boasts a remarkable history, as you'll find out on your tour today. Two main highlights are the underground pedestrian network, dubbed the 'underground city', and the Notre Dame Basilica. This huge Neo-Gothic church is a feast for the eyes with its gilded wooden interior, paintings, sculptures.

You've time in Montreal this morning to explore a little more. Later, we're going to transfer you to the airport for your overnight flight back to the UK.​

Today you'll arrive back in the UK. Upon arrival, your Travelsphere Private Chauffeur Service will be waiting for the journey home.

To book this tour online or to check deaparture dates and prices click HERE. Or to request a brochure click HERE.

Discover the beauty and history of some of Canada’s most intriguing cities. Some well-known, some less well-known, but all with a story to tell. Along the way, admire wonders of nature with a visit to Niagara Falls,  and more. 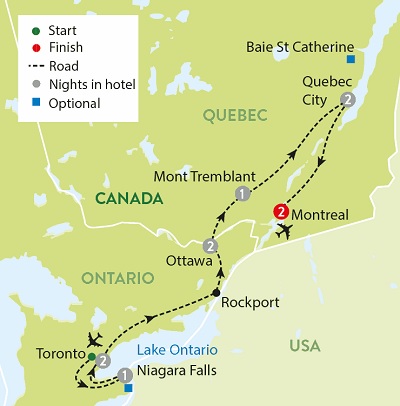 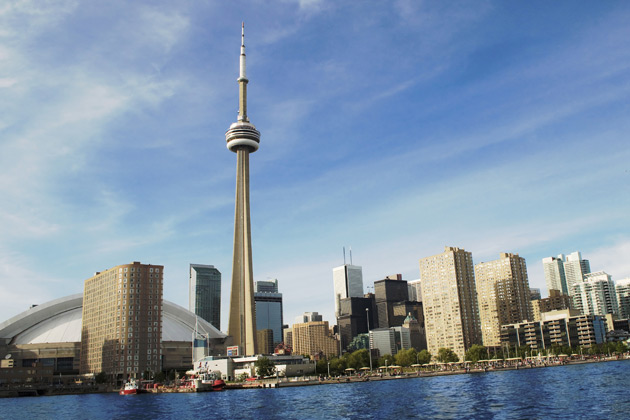 Day 1 - 2 Chelsea Hotel, Toronto The Eaton Chelsea Hotel Toronto is conveniently located within easy walking distance of many of the city's attractions. Hotel facilities include a choice of restaurants and bars, a health club, rooftop terrace and indoor pool. Bedrooms have private facilities, air-conditioning, TV, coffee/tea-maker, iron and hairdryer.

Experience even more of your destination by adding one or more optional experiences to your holiday before you set off. Take a look below at the extra trips you can enjoy on this tour

Take part in the Hands-on Polar Bear Tour to learn how polar bears are physically adapted to survive the harsh Arctic climate, and how humans have adapted to a winter climate. 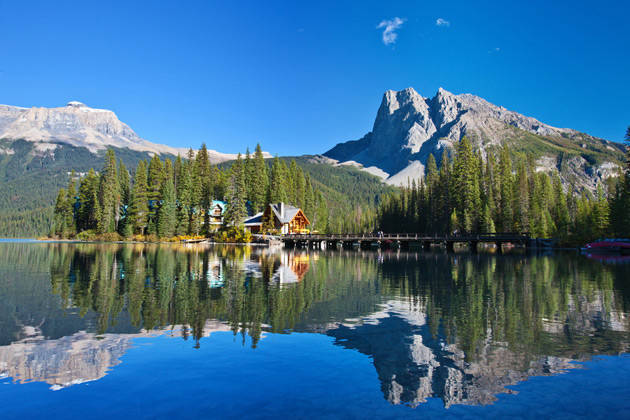 Grand Tour of Canada and the Rocky Mountaineer 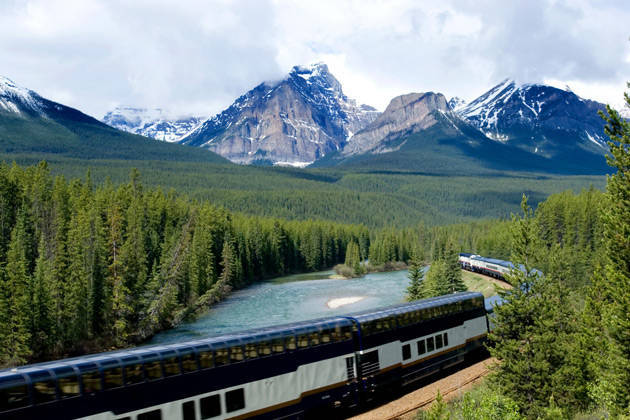 New England and Canada in the Fall