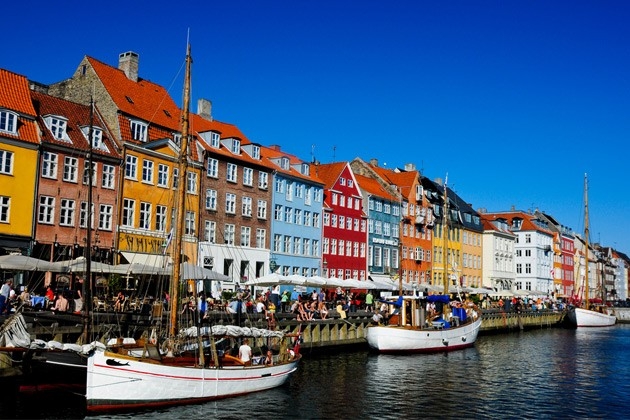 Your Holiday Itinerary - Highlights of Scandinavia

You're in for a whole lot of hygge when you hit the colourful, character-filled streets of Copenhagen, which kick-starts your journey across Scandinavia. This cool capital manages to mix fairy tale with function as you'll come to discover. Spend your day soaking up the sunshine in 17th-century Nyhavn or rubbing shoulders with the fun-loving locals in Tivoli Gardens, Europe's second oldest amusement park. You'll meet your Travel Director and fellow travellers for dinner later at your hotel.

Discover why Copenhagen earns its status as one of the world's most liveable cities - a place where work and play are perfectly balanced. Your Local Specialist will take you on a sightseeing tour to the heart of the city, through lively streets, squares and along canals, revealing many of the city's highlights, from the Royal Amalienborg Palace to Carlsberg Glyptotek. Snap a selfie with Copenhagen's demure Little Mermaid then spend the rest of the day exploring Copenhagen your way or join an Optional Experience to the Danish Riviera past ancient fishing villages to the 17th-century Frederiksborg Castle. This evening, you could choose to visit the village of Dragor with its tiny thatched cottages, followed by an hour-long cruise along the canals.

The next leg of your journey is filled with eye-catching landscapes that demand to be captured on camera. Your scenic drive from Denmark to Sweden will see you cross the Øresund by ferry, then skirt the Swedish coastline north past glittering blue bays and lush pine and spruce forests. Continue your journey past Gothenburg bound for Oslo, the Norwegian capital. Norway wears its pioneering past with subtlety. This city could claim great Viking victories. Instead, you'll encounter a modest, waterfront Oslo, where contemporary meets comfortable and the Norwegian philosophy of friluftsliv is palpable in its lush parks, flower-lined boulevards and bustling waterways.

Your Local Specialist will reveal all the highlights this morning, including the medieval fortress Akershus, the City Hall and the Royal Palace. Visit the bronze, granite and cast iron fantasy-land left behind by Norwegian sculptor Gustav Vigeland in the Vigeland Sculpture Park, the world's largest sculpture exhibition by a single artist. Later, consider joining an Optional Experience to see the three original Viking longships and visit the Fram Museum where you'll delve into Roald Amundsen's spontaneous race to the South Pole. Leave the capital and head to Norway's Telemark region, renowned for its distinctive skiing technique which combines elements of alpine and Nordic skiing. Tonight, you'll join your travel companions for dinner at your hotel.

Witness Mother Nature's magic touch on Norway as you wind your way through spectacular mountains and past Hardangerfjord, the 'Queen of the Fjords', to Bergen. The city's Hanseatic heritage is only second to the spectacular natural landscape that surrounds this enchanting coastal city, which is famously fringed by seven hills and seven fjords. The former capital of Norway has been a trading centre since the 13th century as you will come to discover on your orientation tour of the city's highlights, including the fish market and the 13th-century Haakon's Hall, a former Royal residence.

Nowhere is Norway's seafaring heritage more apparent than in Bergen, which was once the cod capital of the world and a lively port for traders seeking to spread its salty delights across Europe. You'll have some time to explore the harbour and the colourful wooden warehouses of UNESCO-listed Bryggen, the centre of Bergen's Hanseatic trade for centuries. Consider joining an Optional Experience to visit the villa of famous composer Grieg and see where he was inspired to compose his masterworks. You could also choose to delve into Norway's World War II history instead during a visit to the lost village of Televag, whose ties to the resistance saw it destroyed by the Gestapo.

Norway's fjord country takes centre stage today as you head to the 'King of the Fjords', Sognefjord. Your scenic drive will pass Tvindefossen waterfall before arriving at the world's longest and deepest fjord. For nature lovers, there's an Optional Experience to board a cruise on the UNESCO-listed Nærøy Fjord whose stunning landscape has inspired painters for centuries. Later, you'll have a rare opportunity as part of an Optional Experience to meet a local family on their working farm against the backdrop of the fjord, sampling their traditions that date back to Viking times. Tonight, join your travel companions for dinner at your hotel.

Buckle up for an exhilarating encounter with a land of myths and legends, trolls and giants as you head to Jotunheimen National Park. This is where Galdhøpiggen, Scandinavia’s highest mountain, towers over the surrounding lakes, valleys, glaciers and snow-capped peaks – epic alpine scenery you’ll want to capture on your camera along this scenic drive. Relax in the tranquil surroundings of our fjordside hotel.

Tame your inner adventurer today during a visit to Lillehammer, in the heart of Norway. You'll discover what's great about the great outdoors as you see how this Norwegian ski jumping centre turned Winter Olympics hub has become popular amongst adrenalin junkies. Continue through Norway's lush forest landscapes, through the cottage countryside of Sweden bound for Lake Vänern, on whose shores you'll stay tonight, surrounded by mountains, forests and fields. Take a deep breath and tune out this evening, embracing the simplicity of your surrounds.

Today's first stop is the lively university town of Örebro. View the 13th-century castle on the banks of the Svartån River before continuing to stylish Stockholm, which its locals refer to as 'beauty on water'. The beautiful blue jostles for your attention amidst lush green parks and a modern city where style and substance co-exist effortlessly. Get your bearings and explore Stockholm your way or take a cruise across the harbour and the beautiful Djurgården canal on our optional excursion which continues on to explore the huge public art gallery that is the Stockholm metro.

Let this elegant town capture your heart as you explore it this morning with a Local Specialist. View the medieval Storkyrkan, the City Hall and Royal Palace. This afternoon, maybe delve into the city's Viking treasures and discover its distinctive sense of style. An Optional Experience could see you visit Stockholm's City Hall and delve into the story of the Vasa, a 17th-century warship that sank on her maiden voyage. Or get your cameras ready for a 'pano' worthy of framing when you head to Sodermalm on an Optional Experience which includes a visit to the world's first Ice Bar. Say skål in glasses made of pure river ice, then join your fellow travellers later for dinner to celebrate the end of your Scandinavian adventure.

Your epic journey worthy of a Viking voyage has sadly come to an end. Say a fond farvel to new friends and close the curtain on a holiday filled with Scandinavian style, the majesty of 'Mother Nature' and a whole lot of lagom as you prepare to return home. Find out more about your free airport transfer at costsavertour.com/freetransfers.

Trafalgar Brochure Price in Black from £1595

The land of the Vikings, deep fjords and the Northern Lights - Norway, Denmark and Sweden serve up a stylish sojourn that will deliver the arresting beauty and captivating history you've come to expect from Scandinavia. Your 12-day adventure across 'the North' reveals centuries of trading heritage amidst the region's colourful harbour façades and all the natural splendour befitting of the 'King' and 'Queen' of the fjords.

This fully escorted tour of Highlights of Scandinavia 12 day holiday comes with a 7% discount saving. To book call Trafalgar direct on 0800 5335616 and quote Travel ref: TT55 plus the tour code. 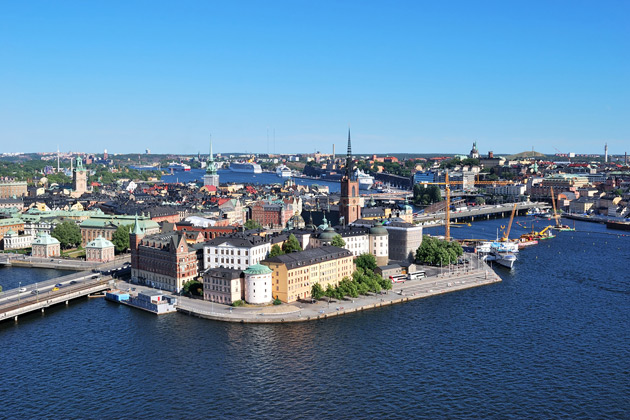 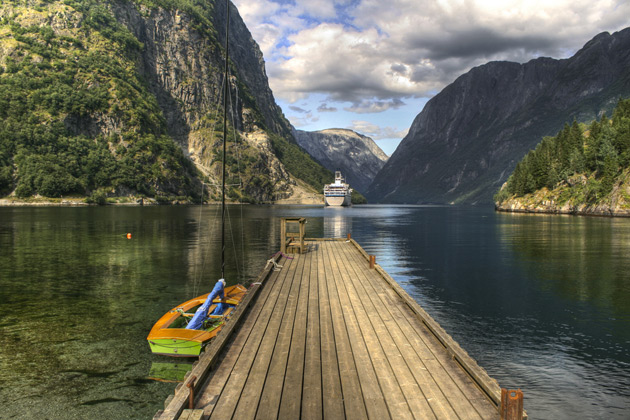 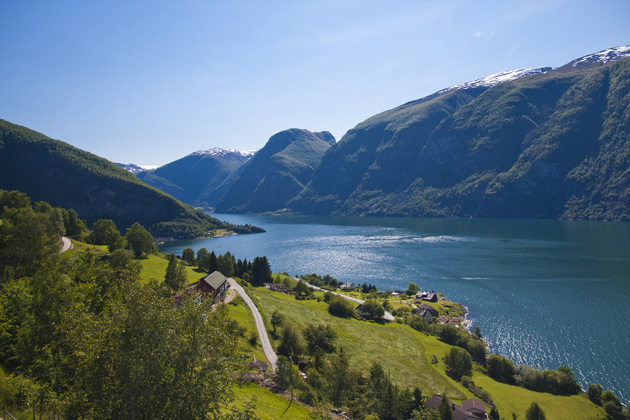 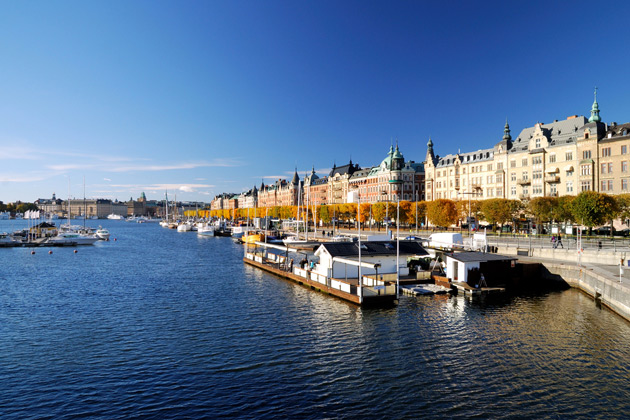 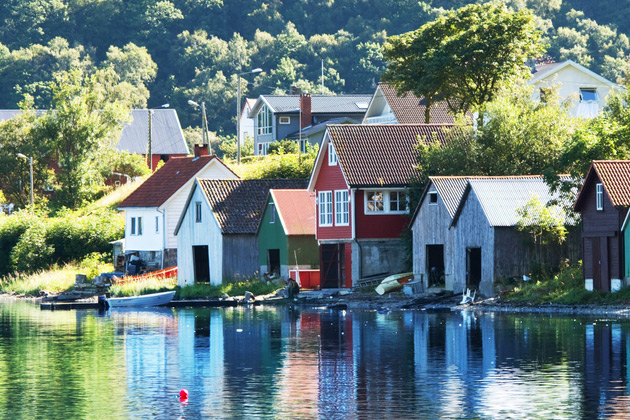 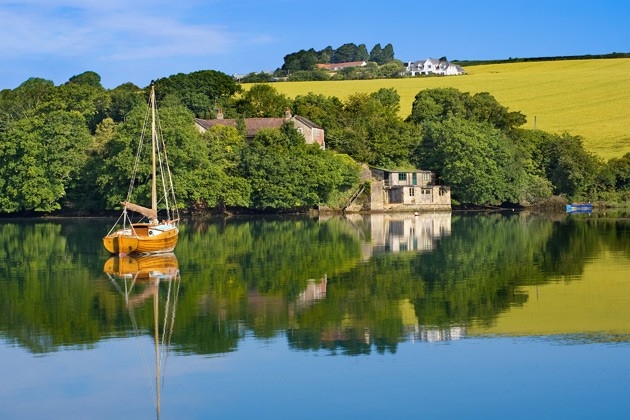 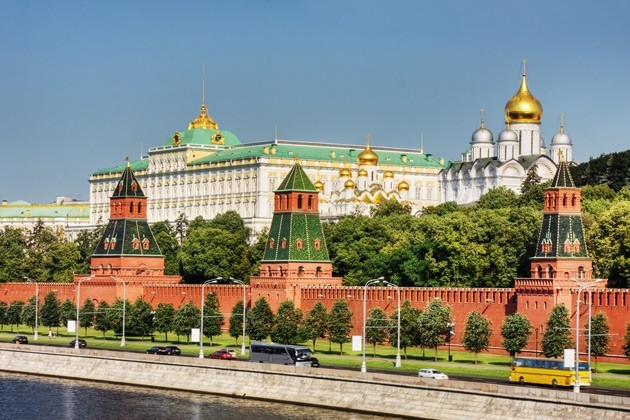 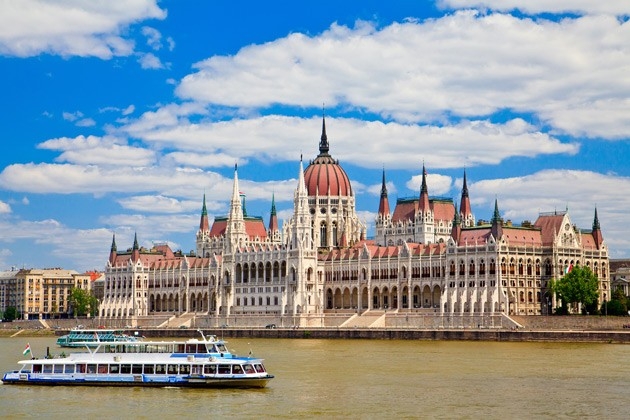