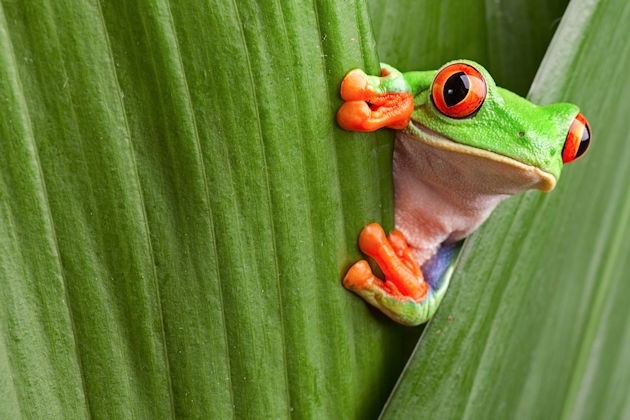 Depart on your scheduled flight to Panama City today.

​You'll stay for two nights in Panama's cosmopolitan capital. Get to know your travelling companions over a welcome drink and dinner. D​

We'll start our explorations of Panama with a visit to Gatun Lake, an artificial lake which forms a major part of the Panama Canal. On a scenic cruise you'll sail past lush rainforest, so keep a lookout for thrilling wildlife including capuchin and howler monkeys, three-toed sloth and many species of tropical birds, including toucans. Our next stop is the fortified city of Portobelo, discovered by Christopher Columbus in 1502 and once the only port of entry and exit for the whole of South America.

Our final highlight of the day is a ride on the Panama Canal Railway, an incredibly scenic route which takes us from the Pacific to the Atlantic following the banks of the famous canal​. B

​This morning's guided tour will introduce you to both sides of Panama City. The modern district's skyline is dominated by towering skyscrapers, while the UNESCO-listed Old Town is home to architecture dating back to the days of the Spanish Conquest. We'll also see the Miraflores Locks, which form part of the Panama Canal, before we fly to Costa Rica​.
This evening you'll enjoy typical Costa Rican cuisine at a local restaurant and have an opportunity to taste the popular dish of rice, black beans, salad, plantains and a tortilla - casado - which means "married man". The name is thought to originate from restaurant customers who asked to be treated like 'casados', as such meals were enjoyed by married men at home. ​B,D

We'll discover some of the incredible natural wonders of Costa Rica on today's included tour. First we'll head to Irazu Volcano National Park to see the country's tallest volcano, which resides in an area of primary, secondary and cloud forest. We'll then head to Lankester Botanical Garden, where more than 3,000 plants, including 1,000 species of orchid, offer a year-round display of colour. Our tour ends in the Orosi Valley, where we'll visit a traditional village whose colonial church was built by Franciscan missionaries. B

An exciting highlight today is an aerial tram ride through the rainforest. This trip takes us through the treetops of primary forest in the company of a naturalist guide. After this we'll visit the Earth University, where we'll learn about the country's biodiversity as we tour a banana plantation and a forest reserve. During a 1.2-mile trek, we'll see, hear and smell many species of native plants. The forest is also home to three of the four types of monkey found in Costa Rica, many types of insect and more than 150 species of birds. ​B

Today we head to Caño Negro, where we’ll stay for two nights. En route we’ll stop at La Selva Biological Station, an ecology research facility where we’ll see some of the country’s most immaculate primary tropical rainforest. We’ll enjoy dinner at the hotel this evening. B,D

On this day of discovery we’ll start with a boat tour of Caño Negro’s wetlands. The area is home to more than 350 species of birds including the great blue heron, wood storks, black-bellied whistling duck and the endangered jabiru, as well as caimans, sloths and monkeys. We’ll also visit a farm to learn about the growing and harvesting of medicinal plants. We’ll gather again this evening for dinner at the hotel. B,D

Today we'll journey by road into Nicaragua, where we'll stay in Granada for two nights. En route to our hotel we'll have a guided tour of the city, the oldest in the country, and see the striking blue San Francisco Church and its convent - home to a fascinating museum. B

Thousands of years ago the Mombacho Volcano erupted, throwing huge rocks into Lake Nicaragua. These are now known as the Granada Islets and we'll enjoy a cruise here today. Some of the islets are uninhabited and some feature grand houses. Birdlife is plentiful here, so look out for cormorants, herons, parrots, vultures and many more species.

Our tour concludes as we head to the White Villages – picturesque rural communities scattered amongst the hillsides whose buildings were constructed using volcanic rock and limestone. Each village specialises in a different traditional craft, and, with an average elevation of around 1,600 feet, the view from each is spectacular. B

After breakfast, our tour continues as we head to Nicaragua's capital Managua, where we stay tonight. Badly damaged by earthquakes in 1931 and 1972, much of the city centre has never been rebuilt, so the dilapidated buildings we'll see here are a haunting reminder of nature's power. Perhaps pick up a locally crafted souvenir in Roberto Huembes Market. B

We've a morning at leisure before we transfer to the airport for our flight to San Salvador, the capital of El Salvador, Central America's smallest country. On arrival we'll head off on a tour of the city, with highlights including its historical centre, the majestic Metropolitan Cathedral and El Rosario Church. B

A journey by road today will take us to Copan in Honduras. En route we'll stop to admire the colonial architecture and ancient cobbled streets of Suchitoto, a charming town considered El Salvador's cultural capital. Once in Honduras, we'll visit Joya de Ceren, an ancient Mayan farming community which was buried by volcanic ash, leaving the remains in a wonderfully preserved state. B

The archaeological site of Copan is the most studied Mayan site in the world, and we’ll visit this morning. Among the incredible stone sculptures here we’ll discover the Great Plaza and the huge pyramidal Acropolis. The rest of the day is free for you to spend at leisure. B

Our day begins with a drive to Puerto Barrios, Guatemala’s main Caribbean Sea port, where we board a boat for our journey to Livingston. En route to our hotel, where we’ll stay for two nights, we’ll visit the UNESCO-listed site of Quirigua. Here we’ll admire its famous stelae, or stone carvings, the largest of which is 35 feet high, five feet wide and carved from a single piece of stone. B

The enchanting Caribbean town of Livingston was founded by the Garifuna people in around 1795. Today their local traditions, customs, cuisine and music set the town apart from the rest of Guatemala and we’ll discover it on an included tour. An afternoon at leisure gives you the chance to explore further with your travelling companions or to relax and enjoy the facilities at your hotel, which enjoys a lovely position overlooking the Caribbean Sea. B

After breakfast we embark on a boat trip on the Dulce River to the Ak’Tenamit co-operative, a social development organisation that supports local community projects. We’ll also visit the San Felipe Fort, built to stop pirates entering the region from the Caribbean. B

Enjoy a guided tour of UNESCO-listed Tikal National Park, home to one of the most fascinating archaeological sites in the Americas. This ancient Mayan citadel comprises 3,000 structures including temples, palaces and plazas that lie among the tropical rainforests. Steep pyramids rise above the lush green canopy and birds, monkeys and other wildlife including the Morpho Butterfly with its shimmering shades of blues surround the incredible ruins. This afternoon we'll fly to Guatemala City for an overnight stay.​ B,L

Today we fly back to the UK. B

You'll arrive back in the UK today.

Just You Singles Holidays
An Adventure through Central America

This You tour takes you through six countries in Central America, is the adventure of a lifetime. Dense rainforests and smouldering volcanoes, exotic wildlife and iconic Mayan treasures – all are yours to discover as you head from Panama to Guatemala.

4-star Double Tree Cariari Hotel by Hilton, located in typical colonial hacienda is a sustainable hotel and offers spacious and comfortable guest rooms with en-suite facilities. Guests can enjoy various drinks at Bar Chiquiri or some local Costa-Rican meals at Las Tejas Restaurant. At the same time, breakfast can be enjoyed in the many poolside shaded areas. In addition to all luxurious facilities featured in the hotel, Double Tree Cariari also offers a casino and a beauty salon.

The Selva Verde is located in the midst of the 500 acre Sarapiqui Rainforest Preservation Area. The rainforest is home to over 300 bird species and over 100 species of mammals. Hotel facilities include a bar and restaurant that sits alongside the Sarapiqui River, swimming pool and gift shop.

As per many of the lodges within Costa Rica, the hotel is surrounded with beautiful grounds, don’t be surprised if a monkey suddenly appears! Hotel facilities include a bar, restaurant and pool. The hotel has also been awarded an incredible 3 leaves award for their sustainability projects.

Natural Wonders of Ecuador and the Galapagos 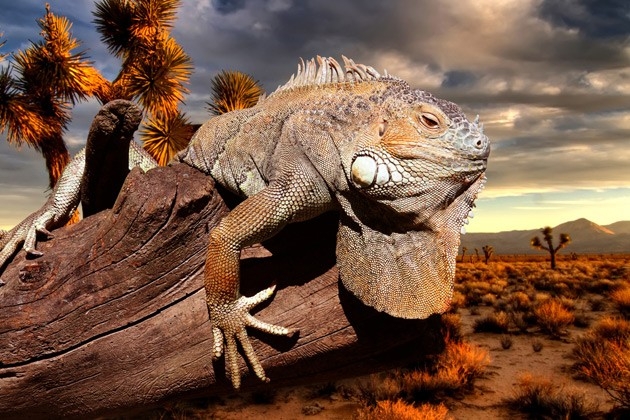 This 15 day holiday of a lifetime is a must for lovers of nature, who want the ultimate tour.
more info

Chile - The Atacama to Patagonia 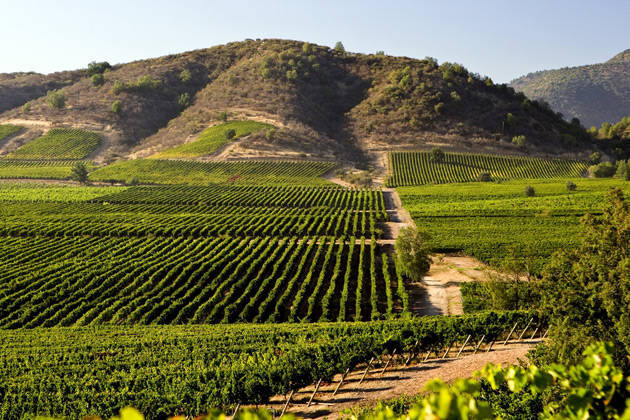 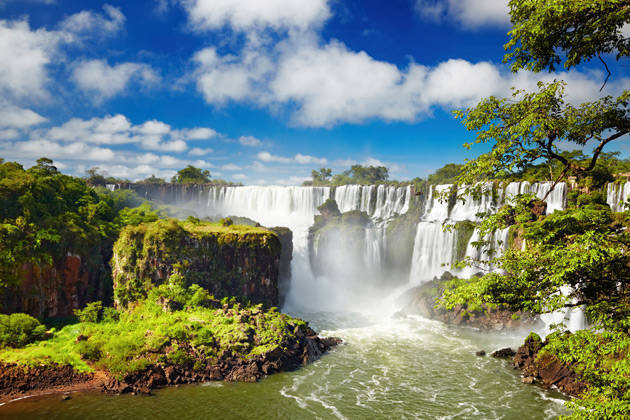 Chile’s rippling vines, the cascading Iguaçú Falls that spill into Argentina and Brazil, the imposing statue of Christ in Rio
more info Cuba has many faces and this unique tour introduces you to many of them. Cuba is a country you’ll never forget
more info

An Adventure through Central America