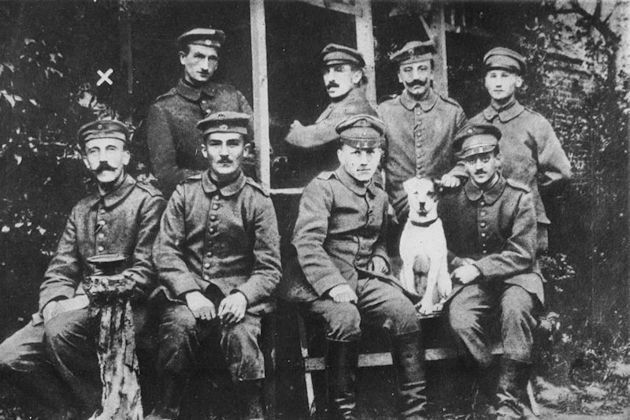 Local departure by coach then to Ypres for a four-night stay. Your guide will discuss some beer recommendations en route

Today we look at life behind the front and discuss the famous estaminets where soldiers got to drink the local beer themselves during the war. In Poperinghe we visit Talbot House and their Behind the Lines museum. We also look at the subject of those ‘Shot at Dawn’ and visit the Death Cells. Lunchtime in Poperinghe followed by a visit to the Hop Museum to look at the whole history of this in the Flanders region, and enjoy a tasting of a Hommelbier. We then move on to see the St. Bernardus Brewery at Watou near Poperinghe, a village where soldiers were billeted in WW1. (B)

We start at the Bierkasteel Van Honsebrouck at Kortrijk, then travel up to Diksmuide and see the Trenches of Death along the Yser Canal. After lunch at Hooge Crater Café, with time to explore the museum, we then go into Ypres and visit the Kasematten Brewery in the ramparts close to where the Wipers Times was published in 1916. (B)

We spend today looking at the Battle of Flanders in 1940 and the Retreat to Dunkirk following the fortunes of the British Expeditionary Force, including the Wormhoudt Massacre site. After lunch at St. Omer we visit the Brasserie Thiriez in Esquelbecq, a French brewery frequented in the ‘phoney war’ by British Troops. (B)

Join Leger for a fascinating experience on this battlefield tour designed by popular guide Marc Hope.

Combine many battlefield sites from both WW1 and WW2 with visits to a selection of the best breweries, many of which were affected by the conflicts and whose beers were drunk by the troops. At each brewery you will have a guided tour and enjoy a sampling of the beers!

You will stay for four nights at the 3-star Novotel Ypres. Located in the heart of historic town of Ypres, only a couple of minuteswalk from the Menin Gate Memorial, where the 'Last Post' is sounded every evening.