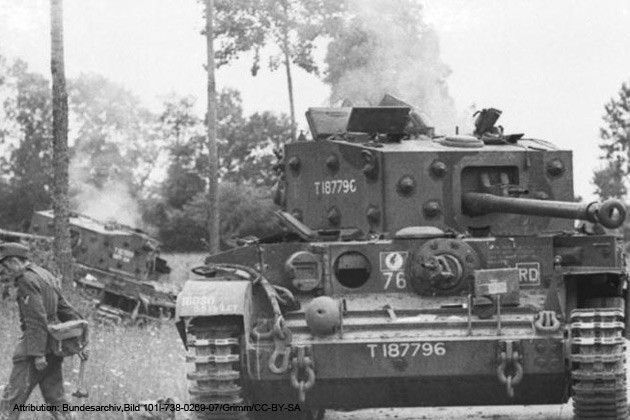 Local departure by coach, then to our hotel in Luxembourg, where we stay for four nights

Today, we visit the Diekirch area seeing the American memorials and also visiting the superb War Museum. After lunch we see a Sherman tank in Wiltz and the excellent Clervaux War Museum, before looking at a mighty 88mm gun at Troisvierges. (B,D)

This morning we cross the border into Germany and look at the Westwall; the German border defences similar to the Maginot Line, constructed by the Nazis in the 1930s. We see the Westwall Museum in one preserved part of this defence network before ;returning to Luxembourg to look at the story of one of the most famous commanders of WW2: General;George S. Patton. We see the Patton Memorial, visit the Patton Museum and see his grave in the Luxembourg American Cemetery which also contains the graves of US soldiers who died here in 1944-45. (B,D)

Day 4 - Battle of the Bulge

Today we travel into Belgium to examine the fighting around Bastogne during the Battle of the Bulge, seeing the woods near Foy where American Airborne troops defended the town, as well as the Patton Memorial, and spot where his tanks relieved the Airborne forces. In the afternoon we travel across to Vielsam, and later see the Baugnez 44 Historical Centre, ending the day around the battlefield at St. Vith. (B,D)

Including: Sole use of your own room and no single room supplement. Call for more details

Specialist Battlefield Guide On Every Tour. Prices from only £579

This new tour is an excellent follow-on from Leger's popular Battle of the Bulge tour, exploring areas in Luxembourg connected with the Ardennes offensive in 1944 and also looking at the German Westwall defences, as well as the death of General Patton after the war

You will stay for four nights at the 3-star Grand Vianden Hotel in Vianden. The hotel has a lift, pleasant bar, conservatory, lounge and restaurant serving French and Belgian cuisine.