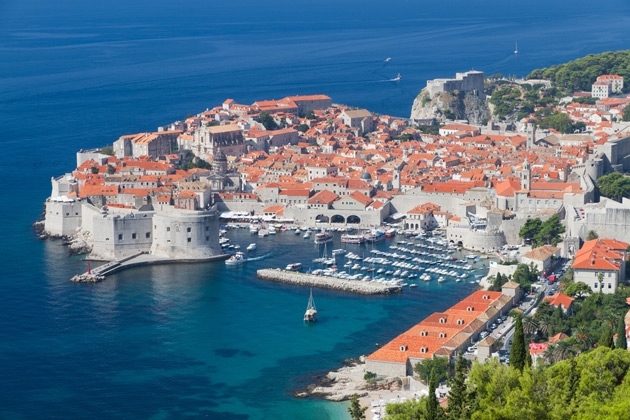 Fly from your chosen airport to Croatia. On arrival at Split Airport it’s just a short transfer to our hotel in Seget Donji, where we stay for seven nights. Seven breakfasts and seven dinners are included in the hotel.

Day 2 - At Leisure in Seget Donji and Trogir

At leisure to relax in the comfortable surroundings of our hotel and to perhaps make your first explorations of the local area. The village of Seget Donji was established when a Trogir nobleman build a fortified tower around the village. The beautiful Seget Donji promenade and beach span 3km and stretches along the coast with Madena Beach at one end and Trogir Old Town at the other end. Trogir has had 2300 years of cultural and architectural influence by Greeks, Romans, Venetians and Austrians and in 1997, Trogir was recognised as a UNESCO World Heritage Site.

Our included excursion takes us firstly to historic Mostar in Bosnia & Herzegovina, once a frontier town of the Ottoman Empire. Mostar was named after the bridge keepers or “mostari” who guarded the Old Bridge in the Middle Ages and is situated in the Neretva river valley, surrounded by the Hum Hill and the Vele_ Mountain. The UNESCOprotected Mostar Old Town with the Old Bridge is unique for its architectural diversity. Here you can admire exemplary Ottoman architecture alongside Mediterranean and Western European architecture.
Stroll the Old Town’s cobbled streets, cross the historic bridge, visit the Mosque or relax in one of Mostar’s pavement cafés. Soon enough, you’ll feel transported to some other time, lulled in the tranquility of this slow-paced, relaxed historic city. Following our visit we continue on to Medjugorje. The literal meaning of the name is “The Town Between Mountains” and today Me_ugorje is a site of Catholic pilgrimage due to apparitions of
the Virgin Mary to local children in 1981. According to reports, six children saw an apparition of a white form with child in her arms on the hill. The next day they returned at the same time and the vision was there again. The apparition is today known as Our Lady of Me_ugorje, often called “Gospa” which is Croatian for “Lady”. Me_ugorje is a favourite destination among Catholics and non-Catholics alike. Here you can visit the site of the apparitions and the Church of St James.

Today is at leisure for you to relax and again enjoy the wide range of facilities of the hotel or to make
further discoveries in the local area. Perhaps spend the day on the beach or you could take an enjoyable
boat trip along the coastline.

Our included excursion today takes us to historic Split, Croatia’s second largest city. Split is famous for a single building; the UNESCO listed Emperor Diocletian’s Palace which was built in the early third century as a retirement home for the Roman emperor. Without doubt the palace is one of the greatest structures of the Roman Empire and no expense was spared in its construction, using the finest Italian marble and with columns and sphinxes from Egypt. But what makes this palaceso astonishing is that in the seventh century, 400 years after it was built, the palace was crumbling and city residents began incorporating it into the city.
Which is why today, the palace is made up of homes, shops and cafes within its ancient walls. This gigantic structure feels more like a fortress than a palace, and encompasses almost half of the old town and
city centre of Split with some 220 buildings within the palace boundaries. We have a guided walking tour of the Palace, the Mausoleum, the Cathedral of St. Domnius and the incredible Temple of Jupiter and afterwards there will be free time in the city.

There’s natural beauty everywhere you look along the Dalmatian Coast but our included excursion to
the Krka National Park really is awe-inspiring. This stunning natural site is one of Croatia’s most popular
attractions, and is named after the Krka River which runs through the park. Our excursion takes us along
the Krka Valley to the spectacular Krka Falls, an amazing spectacle of roaring cataracts and tumbling
cascades. After our visit we return to the coast and visit Sibenik, a UNESCO World Heritage Site. Set at
the mouth of the River Krka, the town experienced its heyday in the 15th century and you can see
vestiges of this golden era in the Old Town. One of the most important Renaissance buildings in Croatia,
St Jacob’s Cathedral, dominates the promenade here. After some free time we will return to our hotel along
the beautiful coastal road, passing by picturesque villages such as Primosten and Marina and beautiful
offshore islands.

Today is at leisure. Perhaps top up your suntan on the beach, do some last minute shopping, see more
of the sights or simply relax in the comfortable surroundings of our hotel.

Today, at the appropriate time, we transfer you to Split airport to take the return flight to the UK. If
your flight is in the late afternoon or evening, there will be time at leisure before leaving for the airport.

N.B. The days of operation of the excursion may be subject to change

*Price based on flights from Gatwick - Travel 55 discount of 7% will apply on all holidays, whichever airport and date

Modern resorts, scenic beaches, natural wonders and ancient Roman ruins, you can expect all this and more on our holiday staying on the Dalmatian Coast of Croatia.

Included in the price

Modern resorts, scenic beaches, natural wonders and ancient Roman ruins, you can expect all this and more on our holiday staying on the Dalmatian Coast of Croatia. The towns along the coast are full of whitewashed buildings with terracotta roofs and there are lots of pretty little fishing villages just waiting to be explored. If you’re interested in historical and UNESCO World Heritage Sites, you’ll be thrilled. Fascinating history and the bustle of modern life mix effortlessly all along the coast - you’ll find pavement cafes and fashionable shops just a stone’s throw from ancient monuments here.

We stay in the resort of Seget Donji, which is perfectly placed for our included sightseeing excursions. This is also an ideal place to just simply relax and watch the world go by. Next door to Seget Donji is the ancient town of Trogir, which is actually on a tiny island linked to the mainland with a bridge. It’s a wonderful little town to wander around, with its many ancient buildings lining the narrow streets which lead down to the vibrant seafront with its
bars and restaurants. With our fascinating excursions and visits, together with some relaxing shopping or beach days, you really will see and enjoy the very best of the Dalmatian Coast of Croatia on this specially arranged holiday.

The Medena Resort Hotel has two buildings in a fantastic location overlooking the Adriatic Sea and is just 200m from the beach in Seget Donji. Being on a slight incline means that superb views over the Adriatic can be enjoyed from the hotel. The excellent facilities include outdoor swimming pool (seasonal) and gardens, lounge, bar, hair salon, beachside bar (seasonal), tennis courts and free Wi-Fi in public areas. Guests will enjoy the hotel’s buffet restaurant, serving both Croatian dishes and international food.

Although officially a 3 star hotel, our bedrooms are in the newly refurbished second building and are to a four star hotel standard. All are air-conditioned (in high season) with bathroom, hairdryer, satellite TV and tea/coffee making facilities. The Medena Resort Hotel is also ideally located for exploring the Dalmatian Riviera’s historic cities and beautiful countryside on our included sightseeing excursions.

NB Some facilities and activities at the hotel may incur a local charge.

Hotel details will be sent to you with your travel tickets, approximately seven days before departure.

Catalonia and Little Trains of the Pyrenees 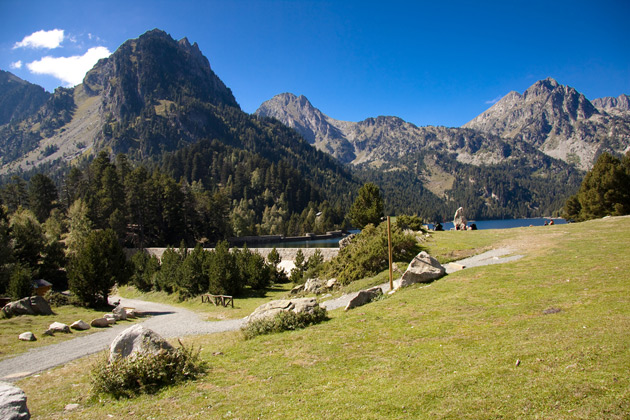 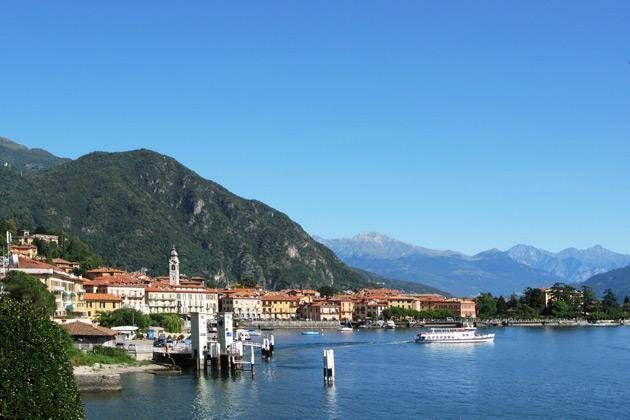 Lake Como Half Board 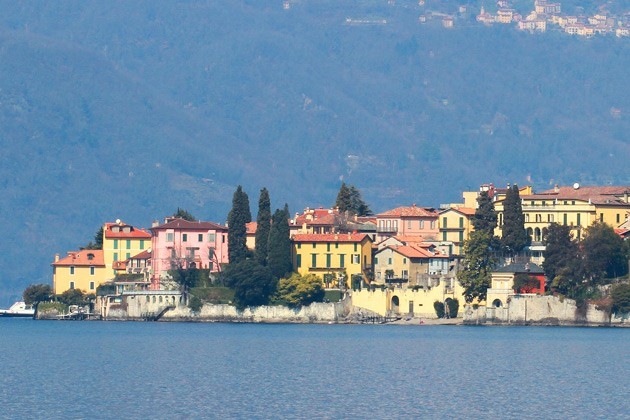 A Taste of Tuscany 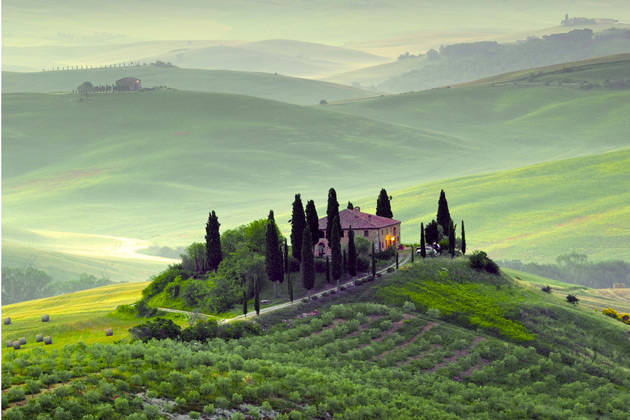