Local departure by coach then to Wolfheze on the outskirts of Arnhem for a four-night stay.

We start the tour at the Arnhem Airborne Museum. Located in the old Hartenstein Hotel, the building was there in 1944 and used as 1st Airborne Division’s Headquarters. Now an excellent museum of the battle, here we set the scene before travelling out to some of the landing grounds at Ginkel Heath and Wolfheze. Before lunch we see one of the original Arnhem memorials, and in the afternoon look at the bitter fighting in the Oosterbeek perimeter – the infamous ‘Cauldron’. We see Arnhem Oosterbeek War Cemetery; visit Oosterbeek Church; see positions held by the Border Regiment and follow the story of the ‘Lonsdale Force’, before visiting the house where General Urquhart hid during the battle. (B)

Day 3 - Arnhem Bridge and The Island

The battle of Arnhem Bridge is one of the iconic moments of Operation Market Garden and we see where the fighting took place around the bridge. After lunch in Nijmegen, we visit Jonkerbos War Cemetery before examining events on ‘The Island’ in 1944/45, looking at the fighting around the De Laar Farm, and following the so-called ‘Driel Dash’. American Airborne troops also held The Island after the battle and we see their memorial, as well as the battle-scarred building where men from the Hampshire Regiment fought in October 1944. (B)

Day 4 - Reichswald Forest and The Rhineland

Following on from the period of static fighting during the winter of 1944/45, we begin today at the National Liberation Museum at Groesbeek to help set the scene for the battles of 1945. We also visit Groesbeek War Cemetery before looking at the fighting in Reichswald Forest, seeing the War Cemetery there – the largest British Second World War cemetery in Europe with more than 7,000 graves. After lunch in Kleve, we look at the advance on the Rhineland, examining the fighting at Xanten, Goch and the Hochwald Gap, before seeing where the Rhine crossings took place between Rees and Wesel. We end the day in the area where 6th (Airborne) Division landed during Operation Varsity. (B)

Specialist Battlefield Guide On Every Tour. Prices from only £519

The heroic but ill fated Arnhem and the Rhine Crossing from Leger Holidays battlefield tours Looks at the Allied attempts to cross the mighty River Rhine. The heroics that occurred at Arnhem and the surrounding areas put it up with such events as Dunkirk, the Battle of Britain, the Battle of the Atlantic and D-Day in terms of the courage displayed by the men on the ground. However, some also see the attack on Arnhem as an attack that went a 'bridge too far'.

Book this Arnhem and the Rhine Crossings battlefield tour direct with Leger Holidays on 01709 786 554 and quote the Travel 55 code T55.

You will stay for four nights at the 4-star Sandton Hotel De Roskam. The hotel is situated in Rheden on the outskirts of Arnhem. 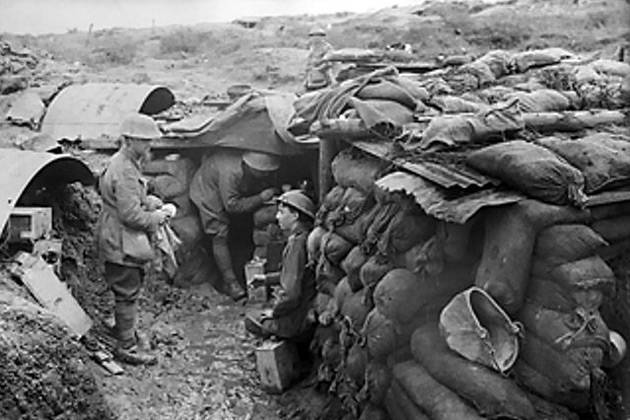