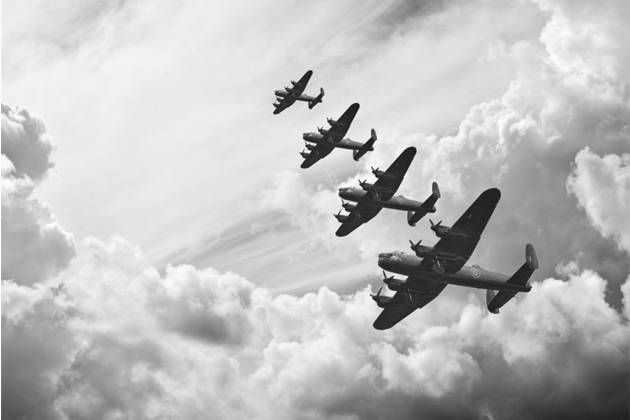 Local departure by coach or Door-to-Door service, then to Holland for an overnight stay.

We travel into Germany and visit Reichswald Forest War Cemetery – the biggest WW2 British Cemetery in Europe, nearly half the 7,400 graves are men from Bomber Command. From here we travel to the Möhne Dam in the Ruhr Valley and examine the daring attack by aircraft. From the top of the dam we can see where the attack came. We also visit Eder Dam before moving on to our hotel in Jena. (B)

We visit the famous castle and museum at Colditz, a name forever associated with the story of Prisoners of War in. We continue to our hotel in Dresden for two nights. (B)

We spend the morning in Dresden looking at the raid on the city in February 1945 which destroyed most of its original buildings and killed nearly 25,000 civilians. Later, spend free time in Dresden or join us as we visit the Bundeswehr Military History Museum with its unparalleled collection of WW2 artefacts. (B)

Day 5 - Zagan and The Great Escape

We cross into Poland and visit Zagan where Stalag Luft III was located. Here in March 1944 the so-called ‘Great Escape’ took place, made famous in the Hollywood film. Continue to our hotel in Berlin for two nights. (B)

In Berlin we look at the raids on the city but start at the impressive air force museum at Gatow, which has a large collection of aircraft from WW1 to the Cold War period. We then visit Berlin War Cemetery where many RAF Bomber Command crews are buried. In the evening join us on an optional visit around Berlin’s WW2 sights. (B)

To Hannover, where we visit the Air Force Museum and Hannover War Cemetery with more than 2,000 graves of bomber crew casualties. We stay overnight in Hannover. (B)

We travel into Holland, stopping at Rheinberg War Cemetery where some of the Dambusters are buried. We end at the grave of Guy Gibson V.C. whose war ended when his Mosquito crashed at Steenbergen. We stay overnight in Belgium. (B)

Specialist Battlefield Guide On Every Tour. Prices from only £959

The war in the air above Europe saw the men of RAF Bomber Command taking the conflict to the heart of the enemy.

This popular tour focuses on the air war and examine three of its great stories: Colditz, the Dambusters Raid and the Great Escape from Stalag Luft III. Honouring the commitment and spirit of the RAF during WWII we visit the Möhne Dam, in the Ruhr Valley, which was heroically breached by the Lancasters of 617 Squadron in 1943.