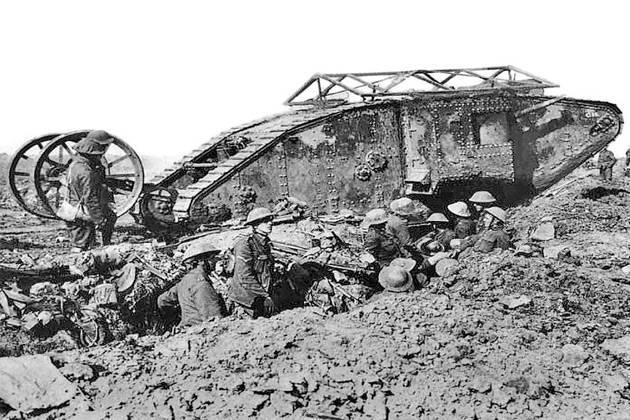 Local departure by coach then to Metz for a four night stay.

We start at the Bois des Caures where the Battle of Verdun began in February 1916. Here Colonel Driant and his Light Infantry troops bore the brunt of the opening stage of the German assault. We see Driant’s command post and see where he died, then continue to the Fleury Museum which re-opened for the centenary, followed by lunchtime in Verdun. In the afternoon we look at the cost of Verdun seeing the massive Douaumont cemetery and the moving Douaumont Ossuary, under which are the bones of more than 120,000 soldiers who died in 1916. We then look at two of the Ouvrages – defensive redoubts – at Thiaumont and Froideterre where we see the effect of the shelling, and explore bunkers and see gun turrets. We end the day at the Trench of Bayonets memorial and look at the famous story of French soldiers buried alive in their front line trench. (B)

Returning to Verdun we spend the morning looking at two of the most famous forts at Verdun: Fort Douaumont and Fort Vaux. Now national museums, we visit the top of the forts, see the gun turrets and explore the tunnels inside. After lunch we visit the Citadel Museum where France’s unknown soldier was selected after the war and then look at the ‘left bank’ of the battlefield seeing the high ground at Mort Homme and Cote 304, where there was bitter fighting in 1916. (B)

The fighting at Verdun was always linked with the ground to the south around St. Mihiel and today we look at the St. Mihiel Salient. We see the hill at Les Eparges, torn apart by mine warfare, and then look at the role of American troops in the area in 1918, seeing the US Memorial at Mont Sec. After lunch in St. Mihiel we explore the rich remains of trench systems in the Apremont area, where we see examples of both French and German positions. We then continue with a look at the role of the ‘Doughboys’ and visit the St. Mihiel American Cemetery. (B)

Specialist Battlefield Guide On Every Tour. Prices from only £479

A new tour from Leger Holidays. The Battle of Verdun was one of the most costly and terrible of the Great War. With more than 770,000 casualties in the fighting there in 1916 it was known as the mincing machine, to the French troops who served there. In the centenary year of the Battle of Verdun join us as we visit the forts and trenches in this fascinating area of the Western Front.

Book this Verdun: The Mincing Machine battlefield tour direct with Leger Holidays on 0844 880 7644 and quote the Travel 55 code T55.

You will stay for four nights at the 4-star Novotel Metz Hauconcourt. The hotel is situated on the outskirts of Metz, and offers a restaurant and bar. The hotel also has an outdoor swimming pool (subject to season).