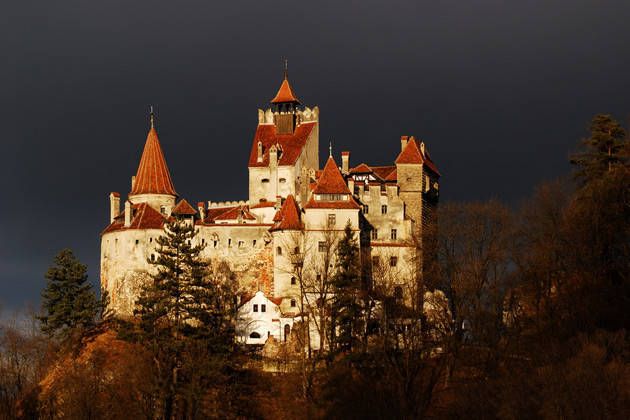 After flying to Bucharest, we'll transfer you to your hotel. Fascinating architecture and a sprinkling of great museums make Romania's capital city truly memorable. You'll see highlights including the Arch of Triumph, Victory Square and the Palace of the Parliament on a panoramic tour en route to the hotel.

You'll head to Sibiu today, a journey which takes you through the picturesque Olt Valley. En route you'll also take in the Orthodox Cozia Monastery, which features beautifully preserved frescoes and intriguing medieval architecture.
On arrival you'll head to the local school to meet a representative from the 'We Help!' charity which is supported by the Travelsphere Cares initiative. After learning how they help Romania's disadvantaged children, join a walking tour of Sibiu. This is one of Eastern Europe's most beautiful medieval towns, previously named the European Capital of Culture. Your stroll will take you through pretty squares and down cobblestone streets. Sightseeing highlights include Liar's Bridge, the oldest cast-iron bridge in Romania, and the 14th century Lutheran Church, whose steeple is a landmark of the city.
After some time at leisure at the hotel, we'll head to the mountain village of Sibiel for dinner in a family home, which includes free-flowing local wine and brandy.

Romania is home to Europe's largest bear population, and your day begins with a visit to the Libearty Bear Sanctuary near Zarnesti. This peaceful setting is home to about 60 of these animals, which have been rescued from captivity.
Next you'll head to the small village of Bran, where, nestled in dense forest and surrounded by mystery and legend, you'll see Bran Castle. Also known as Dracula's Castle, this fascinating fortress is one of the locations linked to the fictional vampire and you'll head inside to explore. Built in the 14th century, the castle actually doubled as an administrative building until it was gifted to Queen Marie of Romania in 1920.
On arrival at your base, the medieval town of Brasov, you'll  head off on a wallking tour which includes the Black Church. This evening is free so maybe you'll head to a local resturant for dinner.

You can spend today just as you wish. If you want to discover more of Romania, you might choose to join an optional excursion, which includes many highlights. First you'll see Peles Castle, a masterpiece of German New-Renaissance architecture. Looking like something out of a fairy tale, it is considered by many to be one of the most stunning castles in Europe.
Next you'll journey to the Sinaia Monastery, built by Prince Cantacuzino in 1695 and named after Saint Catherine's Monastery on Mount Sinai in Egypt.
After your visit there's free time for lunch before heading to Prejmer, to see its UNESCO-listed fortified church, which is the largest of its kind in Europe. Its mighty walls are 40 feet high and although besieged 50 times over its 500-year history, it was only captured once, in 1611.
This evening you'll head to a restaurant for dinner, accompanied by folklore music.

Today we drive to Sighisoara, a medieval citadel with fortified walls and colourful 16th century houses. A tour here will introduce you to the town's  impressive clocktower and the Church on the Hill, which boasts stunning frescoes. Your final stop is the house where Vlad the Impaler was born. He was the supposed inspiration for Bram's Stoker's Count Dracula.
We then head to the city of Targu Mures, where you can enjoy lunch if you wish before we transfer to Viseu de Sus.

Today you're heading to the Maramures region, the enchanting rural heart of Romania. This area is home to many villages where century-old traditions are still part of daily life and the people who live here have preserved the ancient rural crafts of their Dacian ancestors.
This morning you'll discover the Museum of the Romanian Peasant before continuing to the wooden church of Bogdan Voda with its narrow steeple and interior paintings dating back to the 15th century.
In the afternoon you'll discover Barsana Monastery, one of the tallest wooden churches in Romania standing at 57 metres high. You'll then have some free time to discover the main town of the region, Sighetu Marmatiei, which sits on the Tisa River on the border with Ukraine.
This evening dinner is served in a local guesthouse in the small village of Oncesti with wine and brandy included.

We'll find out more about Maramures and its people on today's included excursion, which begins in Sapanta. Death here is considered a beginning rather than an end, and this is reflected perfectly in our first stop, the Merry Cemetery. Their faith is shown on the blue wooden crosses, which are carved with light-hearted verses and images that capture the personality of the deceased. After time to explore, you'll visit a workshop where the crosses are made, and as our journey continues we'll pass many homes whose wooden gates are also brightly decorated.
Our final stop is at Cluj Napoca, where a highlight of our walking tour of the Old Town is the Gothic St Michael's Church whose clocktower rises to 80 metres high.

This morning we'll transfer you to the airport for your flight back to the UK.​

Mystery and intrigue accompany you on this fascinating tour of Romania's wonderful highlights. Transylvanian castles, medieval villages, fairy-tale forested landscapes and ancient monasteries all have a tale to tell. You'll meet the people behind the 'We Help!' charity, which helps the country's dis-advantaged children, explore legendary 'Dracula's' castle and visit a bear sanctuary.

You will stay at the 4-star Novotel Bucharest City Centre on the Victoriei Boulevard in the vicinity of Bucharest''s historical centre. The hotel offers free access to the wellness centre and indoor pool. Free Wi-Fi access throughout the premises. Rooms feature air conditioning, LCD screen TV, minibar, tea and coffee making facilities and en suite with bathtubs and walk in showers.

Hotel Gabriela Viseu de Sus  Hotel features a restaurant, an indoor pool and a fitness centre.Free WiFi in public areas, a bar/lounge, a coffee shop/café and an outdoor tennis court are on-site. Rooms offer free WiFi and free wired Internet, plus balconies and flat-screen TVs with cable channels. Minibars, room service (during limited hours) and hairdryers are among the other amenities available to guests.

Hotel Grand Napoca The Napoca Hotel Cluj-napoca enjoys a convenient location close to the central city. There are a restaurant, bar and gym. Rooms are equipped with air conditioning, TV, minibar, free wifi.

Flights may be available from other airports, check online. Flight supplements may apply. 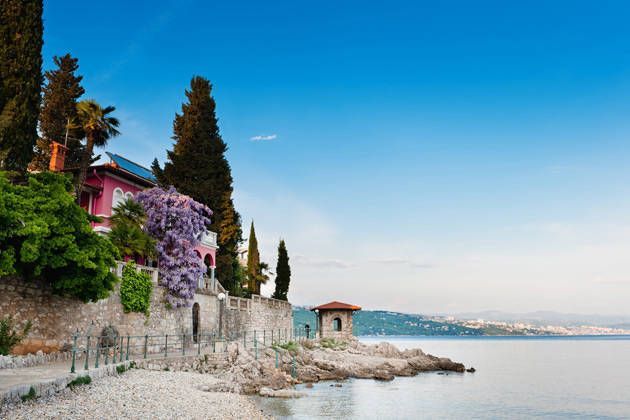 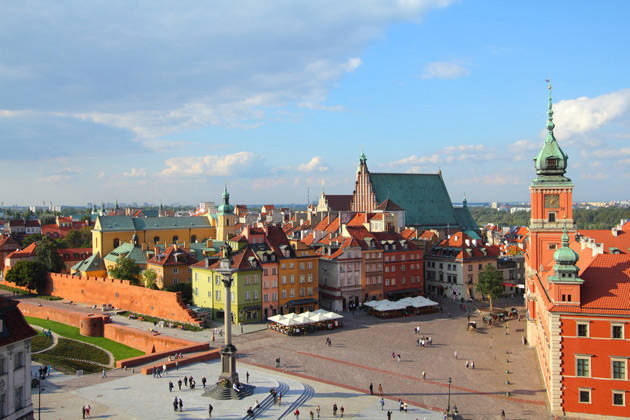 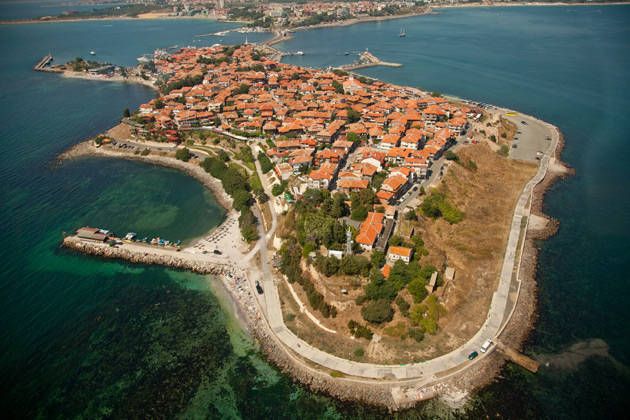 This round trip from Sofia, Bulgaria's capital, will introduce you to many wonderful sites which tell the story of Bulfaria's rich history
more info 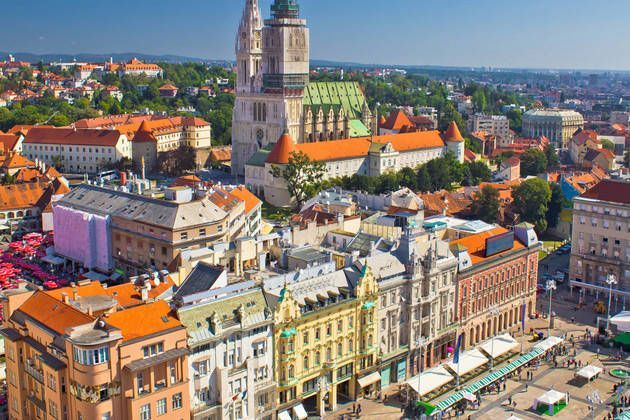