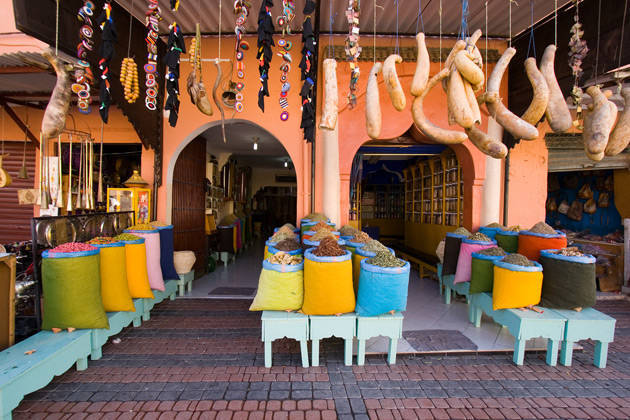 In Rabat we see the elaborate marble Mausoleum of Mohammed V and the similarly spectacular Hassan
Tower. When we arrive in Fes, we’ll relax with a welcome dinner at our riad. (D)
at our riad. (D)

After a stop in the town of Moulay Idriss, we’ll make our way to UNESCO World Heritage-listed Meknes. Here, we’ll enjoy a group lunch before our next stop: a wine tasting session. Then, we’ll move on to Fes. (B,L)

First: a medina walking tour. After an included lunch, we’ll make a stop at a Moroccan must-see: a carpet
cooperative, where Fes’ artistic heritage is woven into vivid rugs. We’ll sample a mint tea here before moving on to a ceramic cooperative. The rest of the evening will be yours. (B,L)

Today we’ll move on to Ifrane in the Middle Atlas mountains. Here, we’ll venture into the cedar forest, which is famous for its resident Barbary apes and its views over the mountain valleys. After an included lunch in Midelt, we’ll make tracks to Errachidia. (B,L)

Our first stop today will be Rissani, where we’ll be treated to a walking tour and included lunch. The dish of the day will be madfouna, an oven cooked local speciality. Afterwards, we’ll venture into the desert in a four-wheel drive, where our camp in Merzouga awaits. Tonight’s dinner will come in the form of a Berber feast, complete with a traditional dance display. (B,L,D)

After breakfast, we’ll move on to the limestone canyons of Todra Gorge, and then on to Tinghir. Our final stop of the day will be the dramatic Dadès Gorge. (B,L,D

First: a pit stop at the beautiful Kalaat M’Gouna. After lunching together in Ouarzazate (where Lawrence of Arabia was filmed), we’ll pay a visit to CLA Movie Studios. Then, it’s on to the fortified village of Aït Benhaddou, a UNESCO World Heritage Site. (B,L)

This morning we’ll roll up our sleeves for a cooking class. After a local expert has revealed the secrets behind cooking the perfect tagine, we’ll attempt the recipe for ourselves – with a chance to taste the fruits o our labour, of course. This evening we’ll take some time to relax back at the riad. (B,L)

This morning, there’s a photo stop at Aït Benhaddou Castle on the cards. Then, it’s onwards to Marrakech via the famous Tizi n’Tichka mountain pass. We’ll toast the end of our adventure with an included dinner this evening. (B,D)

There’s still plenty of time for a sightseeing tour of Marrakech before we say goodbye this afternoon. (B)

This tour can be combined with Iberian Inspiration. Call for details.

Kasbahs rising out of the desert, legendary mountain passes and ancient cities. Become a Berber overnight and sleep in a luxury Sahara Desert camp. Channel your inner Humphrey Bogart and Ingrid Bergman with dinner and drinks in Casablanca’s Rick’s Café. Take part in a Moroccan cooking class.

Small group tours up to 16 guests.

To book this romantic Majestic Morocco tour with Back-Roads Touring call them direct on 0208 9870 990 and quote the Travel 55 code T55BR to receive the 5% discount.

Smaller groups of up to 18

With a maximum group size of 18 people on Europe tours (22 on French barge tours) and 14 people on Asia tours, Back Roads pride themselves on ensuring that each guest has a personalised holiday experience.

On the vast majority of tours we travel by Mercedes or Mercedes Vito mini-coaches, equipped with comfortable seats, air-conditioning and large windows for enjoying the view. With the flexibility to go anywhere a car can, we take the smaller roads through beautiful scenery and get right to the heart of tiny villages and buzzing cities.
Along the way, your Tour Leader can offer intriguing insights about the views we see over the onboard PA system. And, with long drives kept to a minimum, you’ll have plenty of time to stretch your legs and explore sites for yourself.

Scenic back roads not motorways

Winding country lanes. Coastal beauty spots. Breathtaking mountain passes. With luxury mini-coaches that take us along scenic roads beyond the reach of large vehicles, the journey is as much a part of the adventure as the destination.

Truly getting to know a destination means stepping off the typical tourist trail. From hidden-gem attractions to local favourites, we take time to seek out genuine experiences that take you to the heart of each spectacular region.

One of the most enjoyable ways to experience a different culture is to sample the cuisine. From visits to local producers to food and wine tastings and even cooking lessons, you’ll have plenty of opportunities to discover new flavours.

Whether it’s a classic country inn or an elegant chateau, each day’s journey ends in a hotel with plenty of character. We opt for accommodation that reflects the personality of the local area, and fits right in with its surroundings.

Forget sunrise starts and long days hopping on and off the bus. We rarely leave before 8.30am and give each stop the attention it deserves – keeping long drives to a minimum. And giving you plenty of time to explore at your own pace. 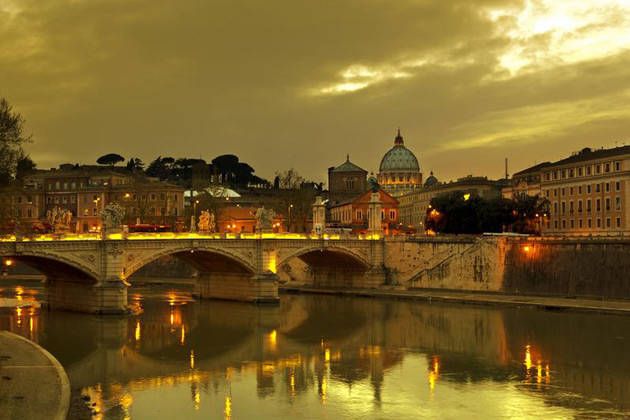 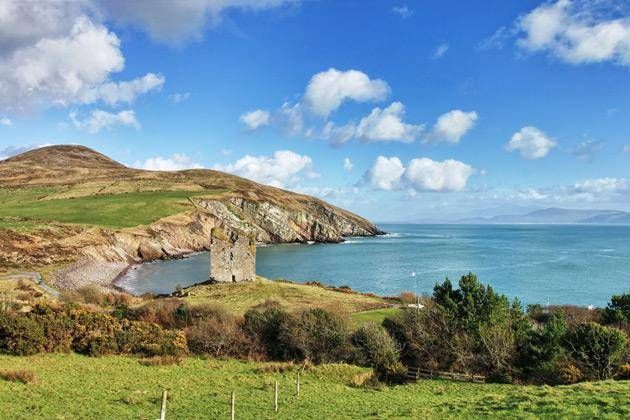 Tour the beautiful Emerald Isle on this small groups touring holiday to Ireland. Small group up to 18 guests
more info 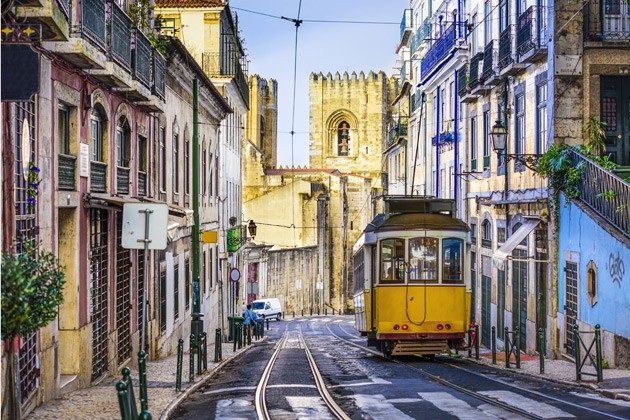 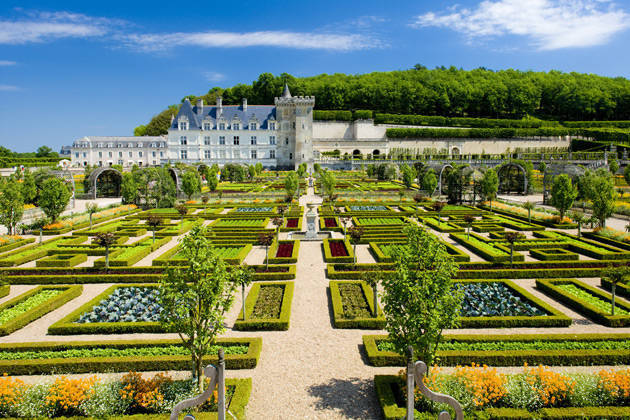