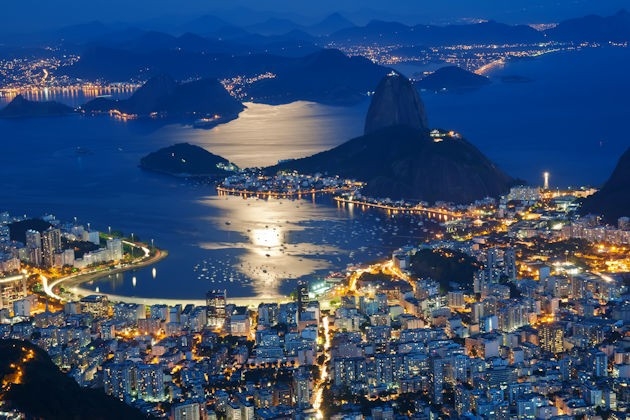 Welcome to spectacular Rio de Janeiro, home to white-sand beaches and host of the 2016 Summer Olympics! After arrival, settle into your hotel and meet your Tour Director, who will have pointers for your free time exploration.

Guided sightseeing begins with a drive along Rio’s famed Leblon, Ipanema, and Copacabana beaches. Take the cog railway 2,300 feet up to the summit of CORCOVADO to view the Christ the Redeemer statue and enjoy 360-degree views of Guanabara Bay and the bustling city below. Your afternoon is free to explore. Perhaps join an optional excursion to a favela for a glimpse into the life of these colourful communities that nearly 20% of the people call home. (B)

A free day in Rio allows you to relax on one of the famous beaches or take an optional excursion to the historic city of Petropolis. (B)

Fly to Iguassu Falls, one of the greatest natural wonders of the world. Journey to the Brazilian side of the FALLS to see the 275 waterfalls cascading over a precipice almost two miles wide and 250 feet deep. Walk into Devil’s Throat Canyon, where clouds of mist, a thundering roar, and 180-degree rainbows surround you—an unforgettable experience! (B,D)

Cross the border for a visit of the Argentine side of the FALLS. Begin with a short ride on the open-air ECOLOGICAL JUNGLE TRAIN through the rainforest. A series of boardwalks takes you above the falls for a look over the edge to see the water crashing down below into the Devil’s Throat. This afternoon, you may opt to visit the Bird Park, home to many species of endemic birds as well as flora from the area. (B)

Fly to Buenos Aires, Argentina’s cosmopolitan capital. After settling into your hotel, an orientation tour familiarises you with the “Paris of South America” and its wide boulevards, outdoor cafés, and charming shops. (B)

Morning sightseeing with a Local Guide focuses on the city’s well-known landmarks, including the Colon Opera House and Plaza de Mayo, site of La Casa Rosada (the President’s Pink House), and Metropolitan Cathedral. Also, visit La Boca and San Telmo, one of Buenos Aires’ oldest neighbourhoods, and RECOLETA CEMETERY, where Eva Perón is buried. End your day with an Argentinean meal, followed by a sensuous TANGO SHOW highlighting this alluring dance so popular here. (B,D)

Today is free for independent activities, or you can take an optional excursion to visit a local estancia (ranch) to experience the life of the gauchos (cowboys) on a traditional Argentine ranch complete with a barbecue lunch. (B)

Board a flight for Lima, Peru. Heralded as the “City of Kings” by Spanish conquistadors, Lima still carries vestiges of its opulent past with its colonial buildings and world-class museums. (B)

Sightseeing today focuses on Lima’s colonial heritage. Founded in 1535, Lima was once the capital of Spain’s South American Empire. Visit the baroque 11th-century SAN FRANCISCO MONASTERY, with Spanish and Moorish architecture throughout. Continue to Plaza Mayor, where you will see the Government Palace that houses the presidential palace and was once the home of Francisco Pizarro, founder of Lima and conqueror of Peru. Nearby, see the cathedral where Pizarro’s remains are buried. The remainder of your day is free to explore on your own. Enjoy dinner at a local restaurant this evening. (B,D)

Fly to Cusco high in the Andes and, upon arrival, descend into the Sacred Valley of the Incas. Stop at AWANAKANCHA and learn about the importance of camelids (llama, vicuña, alpaca, and guanaco) for Inca cultures. See them up close and learn how their coats are transformed into colourful weaving fibres that are then used in ancient weaving techniques still in use today. Continue to PISAC, a charming village with a famous INDIAN MARKET, where you have plenty of time to browse the many colourful stalls selling handicrafts ranging from alpaca sweaters and blankets to painted vases and sterling silver. Later, arrive at your hotel, nestled in the peaceful Sacred Valley. (B,D)

Start the day with a visit to OLLANTAYTAMBO and the Inca ruins of the same name. Explore the archaeological site that was the scene of the Inca resistance during the Spanish conquest—the only place ever to resist Spanish attacks. You will see how the temple area at the top of the terraces was the perfect defensive stronghold. Next, visit a LOCAL HOME to experience life in this traditional village, which has been remarkably well preserved. Then, visit the SEMINARIO CERAMICS WORKSHOP to learn about Peruvian ancient and modern art. End your day at a local chicheria for a taste of a typical Inca drink in Peru called chicha. (B)

Board the VISTADOME train that cuts a path through the picturesque Urubamba Valley bound for Aguas Calientes, the quaint town closest to the “Lost City of the Incas.” Ascend the mountainside through tropical forest to the sacred refuge of MACHU PICCHU. Your guide recounts the many accomplishments of the Incas as you tour the terraced ruins dating back to the 15th century. Abandoned when the Inca Empire fell to the Spanish, these remarkable ruins remained undiscovered for nearly 400 years. For this reason, many of the mysteries surrounding Machu Picchu remain to this day. (B,D)

Enjoy some free time this morning to explore the mountain town of Aguas Calientes; perhaps visit the local market, quaint boutiques, or take a walk along nearby trails. Later this afternoon, return to Cusco, former capital of the Inca Empire. (B)

Embark on a guided sightseeing tour of Cusco that focuses on the city that was once the political, military, and cultural epicentre of the Incas. In fact, Inca foundations can still be found in Cusco, with the Spanish baroque structures built on top. Visit the SANTO DOMINGO MONASTERY, where these two forms of architecture are melded together with the temple of both cultures atop of one another. Also, see the CATHEDRAL in the Plaza de Armas before a visit to the TEMPLE OF SACSAYHUAMAN. Some of the best examples of Inca masonry can be found at this fortress, where stones weighing up to 350 tons are pieced together to form a complex that could house up to 10,000 men. Learn about the ceremonies and battles that took place here on your tour. Also, see the ruins of Kenko and Puca Pucara before returning to Cusco. (B,D)

Fly to Juliaca, then transfer to Puno on the shores of Lake Titicaca. Legend says the first Inca, Manco Capac, arose from the waters of the lake by the power of the Sun God to found the Inca Empire. (B)

Experience fascinating LAKE TITICACA today as you embark on a boat tour of the highest navigable lake in the world and its manmade islands. On TAQUILE ISLAND, see how the local people integrate their Inca and Spanish past. Continue to the UROS FLOATING ISLANDS, a group of approximately 40 artificially made islands. Learn how the Uros Indians construct their islands, homes, boats, and many other resources completely of tortora reed, a centuries-old practice. Enjoy a farewell dinner hosted by your Tour Director this evening. (B,L,D)

En route to Juliaca, stop at the pre-Incan burial grounds of SILLUSTANI. See the above-ground tombs, chullpas, in which the Aymara Indians buried their high priests. You will be welcomed into a LOCAL HOME for an inside look at life here. Fly to Lima and transfer to your hotel. (B)

Your holiday ends after breakfast this morning. (B)

Cosmos brochure price in black from £3365

Why not extend your stay?

Add an Amazon lodge experience in Brazil’s Amazon to your vacation from £4205/£3911 land only*.

Spend two nights in Quito and four nights cruising the Galápagos from £7159/£6658 land only*.

ADD BRAZIL'S AMAZON, AREQUIPA and THE COLCA CANYON TO YOUR TOUR  - tour 1209 27 days from Manaus to Lima

Discount prices start from only £3130

Next, fly to Buenos Aires for sightseeing, a tango show and time to explore. On to Peru, time in Lima and on to the peaceful Sacred Valley of the Incas. Stop at Awanakancha and learn about the importance of camelids (llama, vicuña, alpaca, and guanaco) for Inca cultures. See them up close and learn how their coats are transformed into colourful weaving fibres that are then used in ancient weaving techniques still in use today.

Board the Vistadome train ascend the mountain-side through tropical forest to the sacred refuge of Machu Picchu. Your guide recounts the many accomplishments of the Incas as you tour the terraced ruins dating back to the 15th century.

Experience fascinating Lake Titicaca as you embark on a boat tour of the highest navigable lake in the world and its manmade islands. On Taquile Island, see how the local people integrate their Inca and Spanish past. Continue to the Uros Floating Islands, a group of approximately 40 artificially made islands.

When it comes to showing you the best the world has to offer, Cosmos goes the extra mile! In addition to our private, first-class motorcoaches, we use a variety of transportation for an out-of-this-world experience! How do we do it? With a journey on a bullet train in Japan…a rickshaw ride in India…cruises on Ha Long Bay in Vietnam or the Amazon River in Brazil, or the open-air safari vehicles in South Africa…and so much more! Plus, with Cosmos, you never have to worry about getting to the boat on time, buying tickets for the train, or waiting in long lines. Just sit back and enjoy the ride!

After a day of travelling, you want to relax at a comfortable, clean, and attractive hotel or safari lodge that is centrally located. We select hotels with the best guestrooms (always with a private bathroom), and service. Our hotels in Asia, Africa and South America include a full breakfast each day so you can start the day off right. See individual itinerary pages for hotel listings.

Our packages include guided sightseeing and scenic highlights that reveal the best of the Exotics. Discover the wonders of historic Kyoto, Beijing, and Siem Reap…walk along Shanghai’s famous Bund…explore ornate temples in Bangkok…discover the ancient ruins of Machu Picchu…hand-feed giraffes in Nairobi…experience the Great Barrier Reef…and more. Enjoy inside visits of the must-see sites and parks with knowledgeable Local Guides and Driver/Guides who will bring each destination to life. See itinerary pages to learn what’s included in your holiday.

No one enjoys a holiday where every second is spent on a schedule. We build free time into every Cosmos holiday where possible, so you can eat, shop, and explore the way you want. Your Tour Director and Local Guides can offer suggestions for things to see and do—or you can join one of our many intriguing optional excursions.

Our free CosmosGO mobile app puts the world at your fingertips. While travelling, get entertainment, sightseeing, dining, and shopping suggestions for each destination. With built-in GPS navigation, you’ll have the direction you need.

At the heart of every great Cosmos tour are the friendly, knowledgeable folks who show you around and help you maximise your free time. We go to incredible lengths to find the most professional Tour Directors and Local Guides for the richest experience possible. 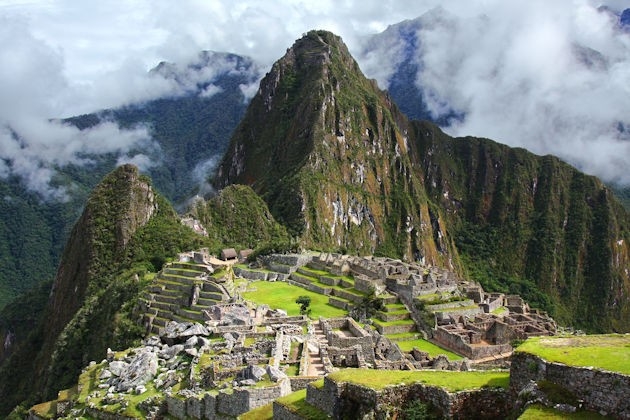 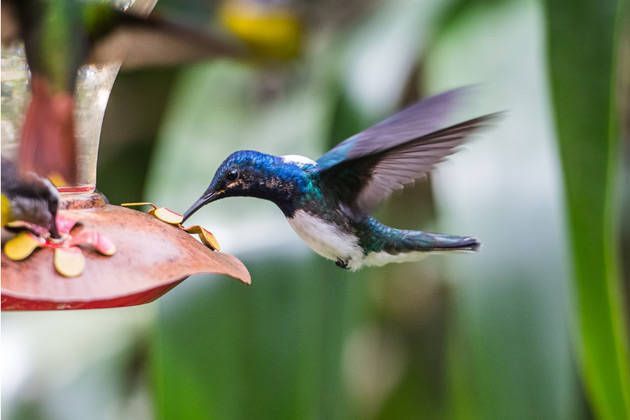 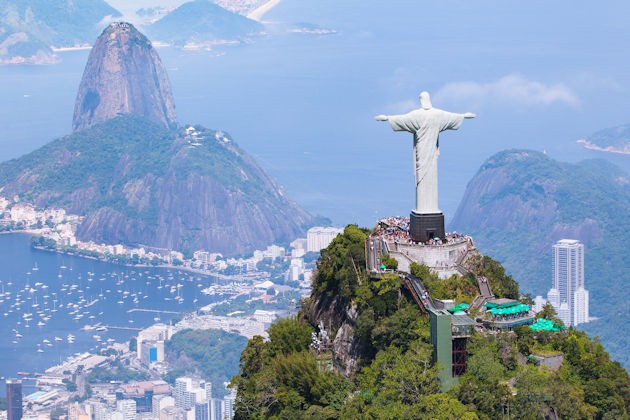 Mysteries of the Inca Empire 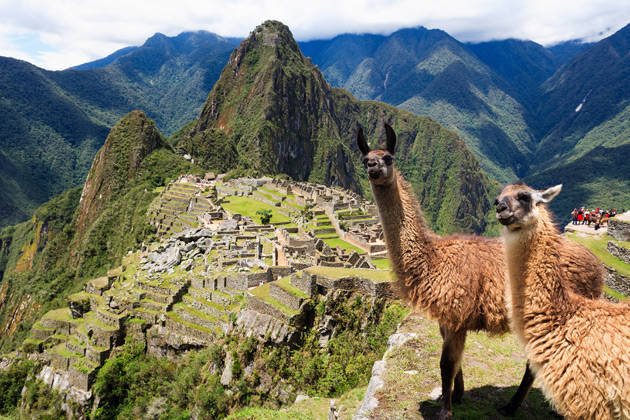 With visits to Lake Titicacad, Cusco, Sacred Valley of the Incas and Machu Picchu
more info