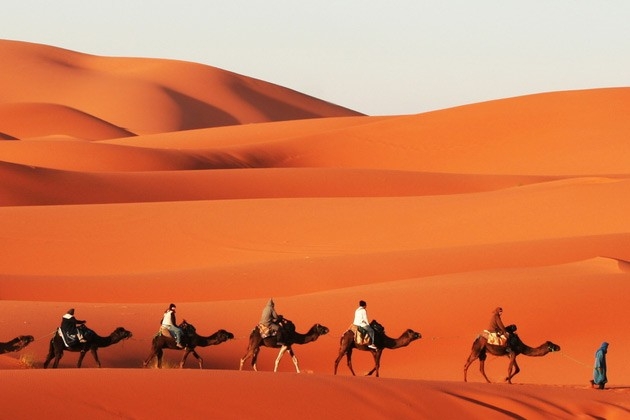 Your Holiday Itinerary - Imperial Cities and the Road of the Kasbahs

Today, make your own way to the airport or be collected by our Private Chauffeur (if you've pre-booked) for your flight to Marrakech, one of Morocco's most dazzling cities. On arrival, we'll transfer you to your hotel for an overnight stay. This evening, get to know your fellow travellers when we head to a local restaurant for dinner. Here you'll get your first taste of Moroccan culture as you're entertained by a belly dancer, who may invite you to join in! D

After breakfast today, we'll head for the fascinating city of Casablanca. Our sightseeing tour by coach will take in the medina – that's the old walled town, with its crooked lanes and shady squares – and the magnificent Hassan II Mosque, which is the country's largest. We'll also see the vast United Nations Square and the art deco-inspired Mohammed V Square, the imposing Royal Palace, the bustling central market and the Habous quarter, with its quaint French colonial buildings.

Later, we'll check into our hotel, where we'll gather for dinner this evening. B,D

Rabat is our first destination today, known as the 'imperial garden city' of Morocco. Enjoy a sightseeing tour that includes the tranquil beauty of the Oudayas Gardens, as well as the 12th century Hassan Tower – the minaret of an incomplete mosque – and the mausoleum of Mohammed V. This is a masterpiece of Moroccan architecture, where the plain white exterior walls conceal an elaborate and ornate interior.

We'll then carry on to Meknes, the 'Moroccan Versailles', which was founded at the end of the 17th century by Moulay Ismail, a contemporary of Louis XIV. Here, you'll find the splendid 18th century Bab Mansour, the towering ornamental gate to the city.

The nearby Roman ruins of Volubilis await this afternoon, where ancient bathhouses, mosaic flooring and towering marble pillars surround us. Built by King Juba II around 25 BC as a royal capital, these impressive ruins encapsulate Morocco's rich and varied history and stand testament not only to the Romans but to the influences of Greek, Egyptian and Berber cultures, too.

To end the day, we travel to Fes, where we'll have dinner in a traditional Moroccan residence – a riad – for a truly authentic experience. B,D

This morning, embark on a walking tour of Fes, a UNESCO World Heritage Site where treasures beckon around every corner. Admire the ancient buildings that date back to the 9th century in the company of an expert Local Guide, and explore the winding lanes, alleys, tanneries and artisan shops that make up one of the world's largest medinas.

A highlight is the view of the famous Fes tannery from the balcony of a leather shop, where you can observe the men hard at work treating and dyeing the different hides. Maybe take some time to shop for leather goods with your travelling companions before we return to the hotel. B,D

We're going to hit the road early this morning, as the spectacular scenery of the Atlas Mountains and the Sahara Desert await us on this long and equally rewarding journey. En route we head into the cooler mountain climate, passing through Berber villages known for their handicrafts.

We'll continue along the Ziz Valley, a spectacular route offering wonderful views of the Atlas Mountains and vast palm groves wedged between the ancient cliffs and gorges.
We'll then travel onwards to Erfoud, where we'll spend the night in a comfortable kasbah-style hotel on the edge of the magnificent rose-gold Saharan dunes.

Tonight, a spectacular desert sunset beckons as we travel by 4x4s into the desert to watch the sun go down over this stunning landscape.​ B,D

This morning we'll head to the heart of the Atlas Mountains and see the Todgha Gorge, with its steep canyon walls towering up to 400 metres high. We then follow in the footsteps of the sultans as we travel along the famous Route of a Thousand Kasbahs, where the series of imposing ancient ruined fortresses almost resemble sandcastles in the distance. We will also travel through Kelaa M'gouna or Roses Valley. Here, the local Berber population grow Damask roses on the slopes of the mountains, and you'll see thousands of small pink flowers carpeting the landscape.

Finally, we drive to the former Foreign Legion outpost of Ouarzazate, often known as 'Ouallywood' because of its starring role as the exotic backdrop in so many well-known movies. Here, you can visit Taourirt Kasbah, an ancient citadel with almost 300 rooms.​ ​B,D

Our day begins as we visit the Ait Benhadou Kasbah, the most spectacular fortress in the south of Morocco. Used as a backdrop in films such as 'Lawrence of Arabia' and classified by UNESCO as one of the cultural treasures of the world, the buildings making up the Kasbah are studded with crenulated towers and decorated with ornate geometrical motifs – it's a sight not to be missed.

We will then make our way back to Marrakech.​​ B,D

Today we'll head off on a tour of Marrakech's main sights. We'll visit the beautiful Bahia Palace, which showcases 19th century Islamic and Moroccan architectural styles and boasts 160 lavishly decorated rooms. Next we will visit the Majorelle Gardens, a green oasis a world away from the hustle and bustle of Marrakech.

No visit to Marrakech is complete without experiencing the famous Djemaa El Fna Square, and there will be time at leisure to wander the labyrinth of colourful souks and see snake charmers and fortune-tellers entertaining the thronging crowds. Amongst the hundreds of stalls here, you can barter for anything from traditional carpets and hand-crafted pottery to glistening jewellery and equally colourful spices. B,D

We'll make our way to Essaouira today. Formerly known as Mogador, this small town on the Atlantic coast is home to a long, sandy beach, wide boulevards and an atmospheric medina, all enclosed by 18th century honey-hued ramparts.

There are plenty of restaurants here serving fresh seafood, so why not head out to explore with your fellow travellers and enjoy lunch before we return to Marrakech this evening.​​ B,D

We'll learn the intricacies of traditional cooking this morning at a hands-on cookery class with a master Moroccan chef. With its unusual combination of cultures – Berber, French, Jewish, Andalucian – Morocco is known for some incredible flavours that visitors talk about – and miss – long after they return home. In the heart of bustling Marrakech, our chef will discuss key ingredients and techniques. From rolling traditional semolina to measuring out spices for a mind-blowing tagine, we'll learn the culinary tricks of the trade while preparing lunch. Then we'll all sit down to marvel at – and then eat - the fruits of our labour!

This evening we will gather together for one final and rather special night of entertainment. We will dine under the stars in Berber tents as we feast on traditional Moroccan cuisine and watch an evening of folklore – you might even see the sultan on a flying carpet! B,L,D

Today we'll transfer you to the airport for your flight back to the UK. Upon arrival, either make your own way home or your Just You Private Chauffeur Service will be waiting for the journey home (if you've pre-booked).

Prices from £2649 - no single supplement

Morocco is a country of vivid colours, towering gorges, sweeping sand dunes and bustling, atmospheric cities – and you'll see it all on this fantastic tour, as you follow in the footsteps of the sultans.

Sweep through the desert on a 4x4 adventure, stroll through the winding streets of the medinas, venture into ancient kasbahs and view some of the country's most stunning architectural features as you traverse its colonial cities and natural landscapes.

You'll also cook up some of the true flavours of Morocco for yourself at a cookery class and sample African hospitality with dinner in a traditional riad.. 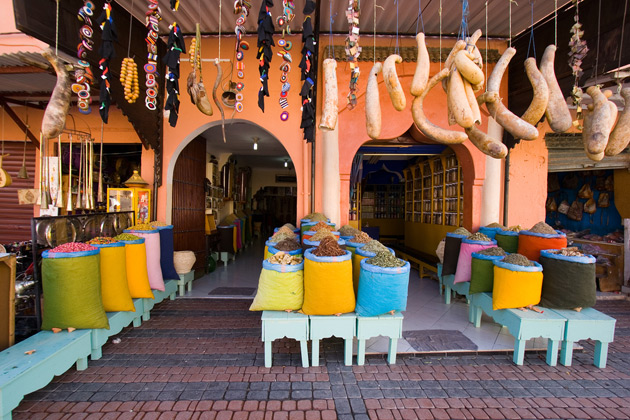 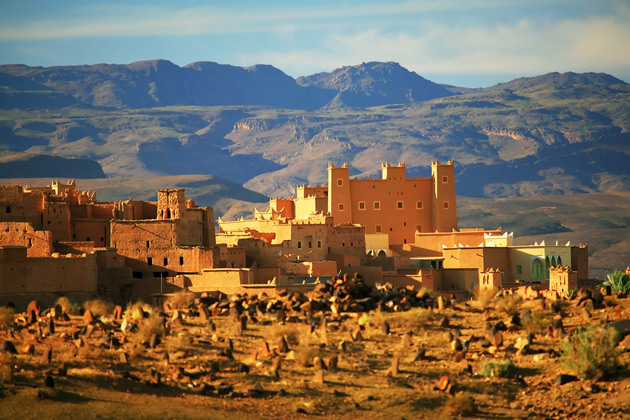 Day 2: Kenzi Basma
Kenzi Basma is a 4-star hotel in downtown Casablanca, the heart of the city. Great museums, restaurants, cafes and smaller artisanal shops surround the property. The property itself features a restaurant and bar also, for your convenience.
Day 3 - 4: Royal Mirage
The Royal Mirage is ideally located in the heart of Fes whilst only a few minutes to the old Medina also. The hotels facilities include 3 restaurants, 2 bar and 3 coffee shops.

Kasbah Hotel Xaluca is located in Arfoud, a city known as “the Door to the Desert.” The Kasbah is listed as unique in Morocco due to its distinctive characteristics. It was built with adobes, the traditional Moroccan building bricks, and it is a perfect place to relax and enjoy the moment. Kasbah Hotel Xaluca Arfoud offers 137 spacious rooms decorated with regional materials, as well as 7 bungalows. It combines tradition with modern amenities, where installations are adapted to the stringiest standards. It is a fantastic place, situated among the dunes and palms, where you will be able to enjoy unique emotions. The team at Kasbah Hotel Xaluca Arfoud will make your stay unforgettable.

Le Berbere Palace is an impressive looking property, looking somewhat like a Kasbah, despite being built in 1991. This large hotel is right in the centre of Ouarzazate, features 241 rooms and an outdoor pool.

Uganda - Gorillas In The Mist 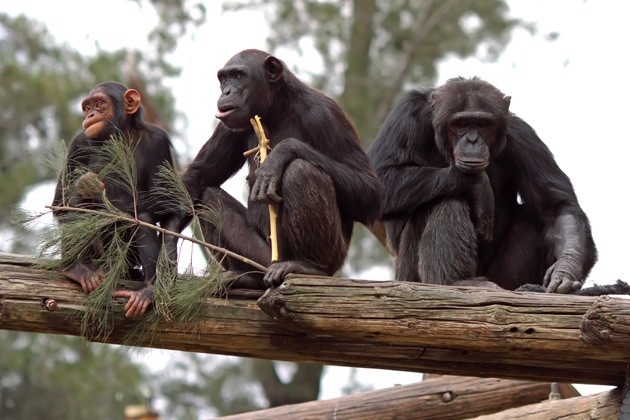 Animal lovers will be in their element on our Uganda Gorillas in the Mist tour, which takes you on an epic adventure through the wilds of East Africa
more info 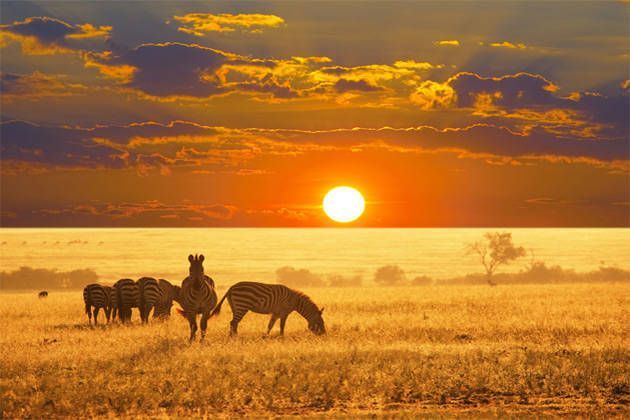 Visit Cape Town and Table Mountain and enjoy a game drive in Kruger National Park, this is an unforgettable journey of a lifetime
more info 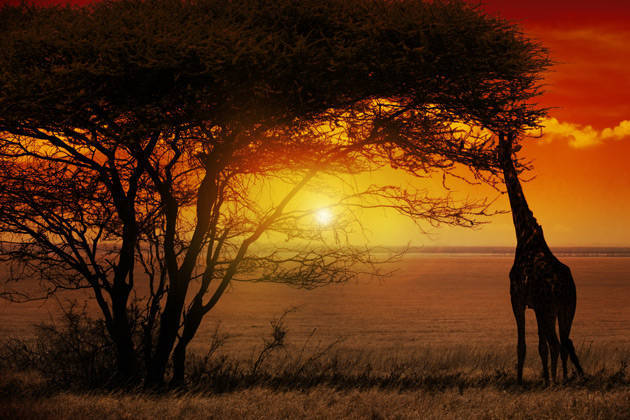 Kerala - A Taste of South India 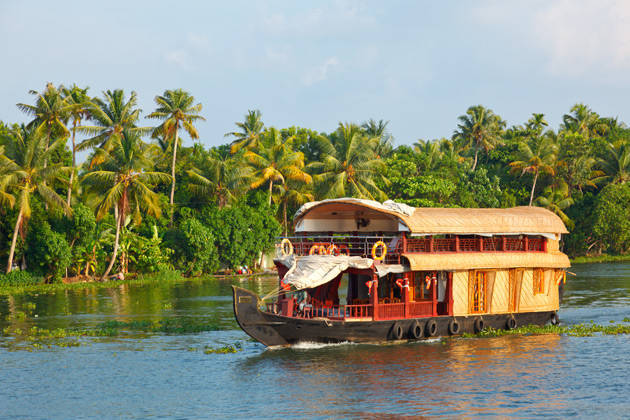 Search for the elusive tiger and make yourself at home on a traditional houseboat, then take time out on the country’s best beaches.
more info

Imperial Cities and the Road of the Kasbahs