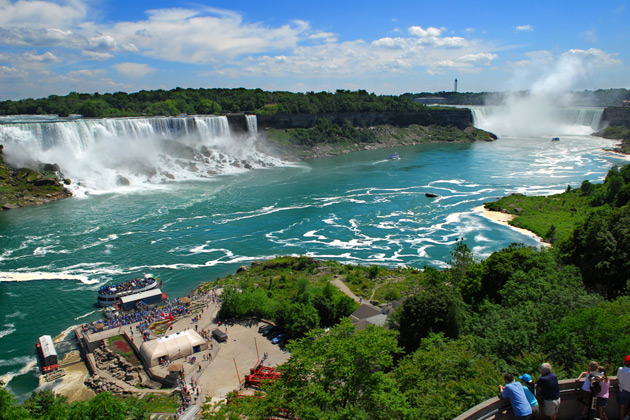 Today, make your own way to the airport or be collected by our Private Chauffeur (if you've pre-booked) for your flight to Montreal, and on arrival we'll transfer to our hotel.

Today we'll get to know Montreal on a tour of the city's main highlights. We'll discover the historic old port area, where the first colonists would have arrived on the shores of the St Lawrence River in 1642. Then we'll head to the magnificent Notre Dame Basilica, which is a masterpiece of Gothic Revival architecture. Inside we'll discover a striking interior filled with hundreds of intricate wooden carvings, beautiful stained glass windows and colourful vaults decorated with golden stars. We'll also see the immense Olympic Stadium, which was the main venue for the 1976 Olympic Games.
After your tour, enjoy free time to explore the old port area further in the company of your travelling companions. Or maybe head to the 'Underground City', an extensive pedestrian network of offices, shops, hotels, restaurants and more, which offers Montrealers protection from the long, cold winters. After a welcome drink, we’ll head to a local restaurant for a welcome dinner of French-Canadian cuisine. B,D

We arrive in Quebec City today, a 400-year-old fortified city with an intact fortress - La Citadelle - at its heart. As we head out to explore we'll discover many historic highlights, with the fairy-tale Château Frontenac hotel dominating the skyline. On a stroll we'll see the grand City Hall, the Military Drill Hall, the Latin Quarter, Old Quebec and the Plains of Abraham. This was the scene of the decisive battle in 1759 between the French and the English for the control of Canada. This afternoon is free, so why not explore further at your own pace. B

The choice is all yours today – you can further explore the cobbled streets of Quebec City at your leisure, or you can take an optional trip to Baie-Sainte-Catherine. Located at the junction of the St Lawrence River and the Saquenay Fjord, this is a hot spot for whale-watching. The journey itself offers fantastic river views, and the chance to see whales in their natural habitat is something you'll never forget.​​ B

We'll revel in the beauty of the Laurentian Mountains today, as we make our way to the resort town of Mont Tremblant, on the shores of Lake Tremblant.​ En route we're going to make a stop at an authentic Quebecois Sugar Shack for lunch. Originally used for the production of maple syrup, what we'll enjoy here today is traditional Quebec cuisine.​
On arrival in Tremblant, you'll have free time to explore you'll find a huge choice of shops and restaurants, or maybe you'll choose to ride a gondola to the top of the highest peak in the Laurentians for amazing views.​ B,L

​We journey into the province of Ontario today and on to Ottawa, where we stay tonight. On arrival we'll head off on a walking tour of Canada's modern-day capital city. Highlights include Confederation Square and the grounds of Parliament Hill, home of Canada's government. We'll also stroll along the pedestrian mall Sparks Street, and see the Tomb of the Unknown Soldier, which sits in front of the National War Museum. By lunchtime we'll be in the historic ByWard Market, home to many pubs, café​s and restaurants, so why not stop for refreshments with your travelling companions. You can then explore further at your own pace, and we highly recommend a visit to Rideau Hall, the official residence and workplace of Canada’s Governor General, to view the changing of the guards - which takes place each hour. B

En route to Toronto today we'll pause in Rockport, a tiny town situated on the banks of the mighty St Lawrence River and gateway to the beautiful 1000 Islands. We'll board a boat here for a cruise through the heart of the islands to discover a lush landscape dotted with luxurious cottages, vast estates and fairy-tale castles.
As you soak up the tranquil atmosphere it's hard to imagine the area's colourful history, when it was blighted by significant skirmishes between the US and British-controlled Canada during the War of 1812.
As we sail, look out for Boldt Castle, built by the owner of New York's Waldorf-Astoria Hotel in 1900 for his wife, who sadly died before it was completed. Another interesting sight is Zavikon Island, which has what is considered the shortest international bridge in the world. At just 32 feet long, it connects this Canadian island, on which there is a house, to a smaller US island, which is used as a garden. After our cruise we'll continue to Toronto. B

Canada's largest city is going to be a delight to explore on your morning tour. This sprawling multi-cultural metropolis offers so much. There are landmarks including the Parliament building, City Hall and the Roger's Centre Stadium, which is home to the Toronto Blue Jays baseball team. Then you've got beautiful beaches on Lake Ontario's shores, a zoo and the largest aquarium in the country.
With a free afternoon, see how many you can fit in!
For spectacular panoramic views, a trip to the top of the CN Tower in one of the glass-fronted lifts is highly recommended. You could also spend time strolling through the Old Town, with its great markets​​. B

Today is the day you get to experience one of Canada's most iconic natural wonders, the awesome Niagara Falls. Consisting of three waterfalls - Horseshoe Falls, American Falls and Bridal Veil Falls - they are a breathtaking sight, and how you view them is up to you. The thrill of flying overhead on an optional helicopter ride is hard to beat. Another option is a cruise on the Niagara River, which will get you really close to the thundering waters. B

We'll spend more time at Niagara Falls this morning to see even more of this amazing natural wonder. Later, we'll transfer to the airport for our overnight flight back to the UK.​​ B

Today you'll arrive back in the UK. Upon arrival, either make your own way home or your Just You Private Chauffeur Service will be waiting for the journey home (if you've pre-booked).

Prices from £3349 - no single supplement

Explore Montreal's historic old port area, where the first colonists landed in 1642, and visit the Plains of Abraham in Quebec City. Take in the beauty of the Laurentian Mountains, look for whales in the Baie-Sainte-Catherine and marvel at the iconic Niagara Falls. Maybe opt to see the thundering waters from above on a thrilling helicopter flight or during an exhilarating cruise. Tours of capital city Ottawa and the sprawling metropolis of Toronto ensure you see everything the eastern corner of this vast country has to offer.

Welcome to the Hilton Québec hotel, the best scenic location in Québec City! From the urban style of the lobby to the the executive lounge. you are certain to enjoy this beautiful establishment. On Parliament Hill, the hotel stands guard over the heritage and charm of Canada's oldest city. Facilities include pool and fitness suite.

The recently refurbished Holiday Inn Express Mont Tremblant is only a stone’s throw away from the slopes, set in a picturesque ski village. The hotel boasts comfortable rooms, Wi-Fi, sauna, outdoor whirlpool bath, swimming pool (in the summer) and fantastic customer service.

The Hilton Garden Inn Ottawa Downtown hotel, conveniently situated in downtown Ottawa, is steps from Parliament Hill with subway transportation at the hotel's front door for easy access to many points of interest. Each guest room features a desk, 47-inch HDTV with premium channels and oversized windows flood the room with sunlight. WiFi is free, and there is a mini-refrigerator, microwave and coffeemaker for your convenience. Additional features include a complimentary fitness center, heated indoor pool and evening room service.

The Eaton Chelsea Hotel Toronto is conveniently located within easy walking distance of many of the city's attractions. Hotel facilities include a choice of restaurants and bars, a health club, rooftop terrace and indoor pool. Bedrooms have private facilities, air-conditioning, TV, coffee/tea-maker, iron and hairdryer. 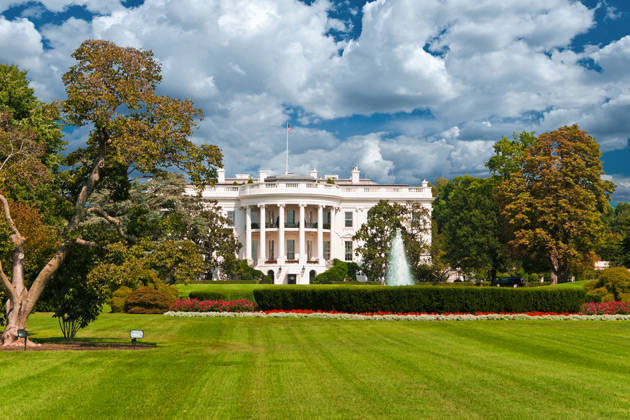 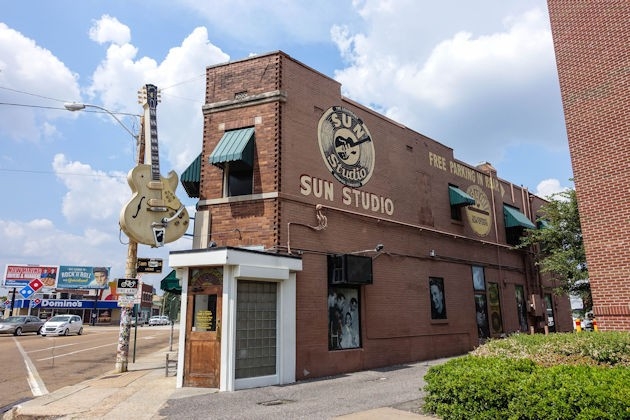 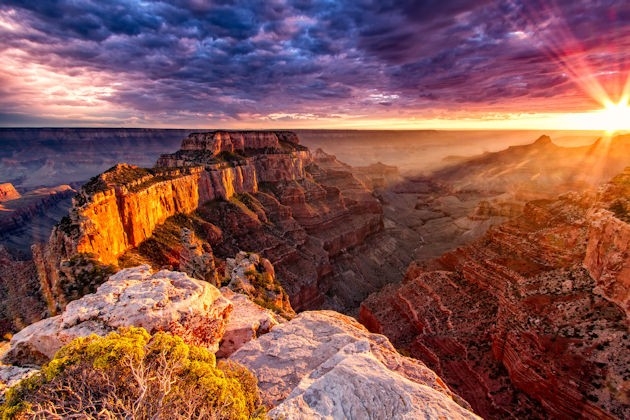 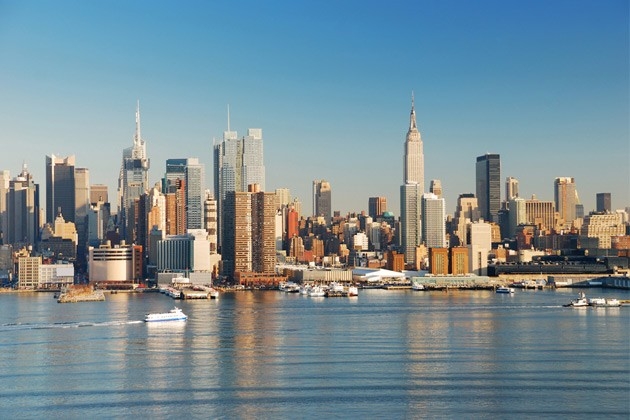 The Big Apple, The City That Never Sleeps, The Empire State, no matter what you call New York, it is one of the most exciting cities in the world
more info