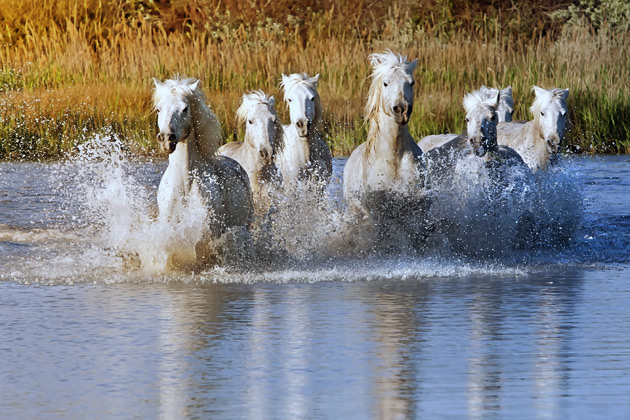 Our 7% discount is available on all Cosmos and Globus tours and holidays throughout 2021 and all departures in 2022/23. Choose your great Cosmos or Globus tour and claim your 7% Travel 55 discount. Quote code TRAVEL55 when booking.

Our 7% discount can be claimed in addition to any Cosmos special offers on flights or tours.

Holiday Itinerary South of France on the Rhône and Saône

After the afternoon embarkation, the ship departs at 18:00 hours for an early evening cruise along the River Saône where the ship will berth overnight in Trévoux.
Notes about excursions listed for this vacation:
(1) These excursions are part of the optional Excursion Package that can be purchased in advance on MyCosmos.
(2) These optional excursions are available for purchase once on board.. Meals included: Dinner

This morning, spend time at leisure in Mâcon or join an (1) excursion to visit the medieval Benedictine Abbey of Cluny, with included wine tasting. In the late afternoon set sail for our overnight dock in Collonges.
(1) Excursion to Cluny Benedictine monastery: Travel by coach from Mâcon to the Benedictine Abbey of Cluny, one of the most influential religious centers of the Middle Ages and where major monastery reforms began. Rich in history, until the construction of St. Peter's Basilica in Rome it was the largest Christian church in the world. Several hundred smaller monasteries, scattered all over Europe from Scotland to Poland, were centrally ruled from here. Take the opportunity to sample local wines during a tasting experience. Meals included: Breakfast, Lunch, Dinner

Free time at leisure in Lyon or join our (1) walking tour around Lyon, at the confluence of the Rivers Saône and Rhône. After Venice, Lyon has the second largest Renaissance old town, showcasing an impressive basilica. The city centre is nestled at the foot of Mt. Fouvière. Explore many fascinating sites, including the remains of the Roman amphitheatre, the Place Bellecour and the Place des Terreaux. In the afternoon, set sail down the River Rhône to Viviers.
(1) Excursion: Lyon city sightseeing. The tour begins with a drive to the Basilica of Fourvière, built in the 19th century on Fourvière Hill. From here, enjoy the view over the city at the confluence of the Rhône and Saône rivers. Weather permitting, you can even see as far as Mont-Blanc. Journey by coach to Vieux (old) Lyon, and to St. Jean district, and see one of the largest connected Renaissance building complexes in France. In 1998 UNESCO declared this area on the banks of the Saône a World Heritage Site. While strolling through the old town, you will also come across the characteristic “Traboules.” These are narrow, tight connecting passages between the individual alleys that were used by workers in the old times to be able to move bales of silk and cloth through the city without getting them wet. Today over 300 of these Traboules are still preserved and it is impossible to imagine Lyon without them. Meals included: Breakfast, Lunch, Dinner

Time at leisure or join a morning guided walk (1) through ancient Viviers, dominated by the cathedral, its impressive belltower and magnificent tapestries. Enjoy the afternoon on board as we cruise towards Avignon, arriving in the evening.
(1) Excursion: Viviers City tour. Guided walking tour around lovely Viviers, built on the banks of the Rhône, and witness to almost 2000 years of history. The medieval town features numerous listed buildings; the town hall, located in the former bishop's palace; the Hotel Roqueplan, which is now the seat of the diocese; Saint-Vincent Cathedral with its choir tapestry; the 16th century House of the Knights with its beautiful Renaissance facade; and the "Grande Rue" with its elegant townhouses Beaulieu and Tourville. Meals included: Breakfast, Lunch, Dinner

This morning, relax while cruising to Arles. On arrival spend time at leisure or join a (1) guided walking tour around Arles, learning interesting facts about the town's most famous resident, Vincent Van Gogh. In the afternoon, join another (1) optional excursion to the Camargue , a unique biosphere with many different bird and animal species. Stop at the former fishing village and pilgrimage site of Saintes-Maries-de-la-Mer for time at leisure. As we rejoin the ship we set off for Tarascon.
(1) Excursion: Arles city tour and amphitheater visit. On the northern edge of the Camargue is Arles, a typical Provencal town. Emperor Constantine once called it “Little Rome in Gaul” and the amphitheater from the 1st century AD still bears witness to the city's Roman past. The arenas offered space for more than 20,000 spectators to watch the "panem et circenses", the games and gladiator fights. Artist Vincent van Gogh spent the last years of his life in Arles. He lived here in 1888 and produced nearly 200 paintings in just fifteen months. During the tour you will learn a lot of exciting details about his life.
(1) Excursion to the Camargue. The Camargue, an official botanical and zoological nature reserve since 1970 is a paradise for keen ornithologists. With a little luck you can see some wild animals. The journey leads along the “Etang de Vaccarès”, a shallow salty beach lake, and on to Les-Saintes-Maries-de-la-Mer. This area on the Mediterranean coast is full of traditions and known as a place of pilgrimage. After some free time, return to Arles. Meals included: Breakfast, Lunch, Dinner

We arrive in Avignon after breakfast to visit at leisure, or join a (1) guided walking tour through this UNESCO-listed city. The tour takes us to the major sites, such as the Palace of the Popes and the famous Saint Bénézet bridge (“Le Pont d'Avignon"). The ship departs for Tournon at lunchtime.
(1) Excursion: Avignon city tour with Papal Palace visit. Avignon with its famous and magnificent old town has been a UNESCO World Heritage Site since 1995. Even today, 4.5 km long city walls surround the entire historic center. You will visit the dominant Papal Palace, the center of Christianity in the 14th century and one of the most imposing Gothic buildings. You will then take a short city tour and see some of the most important sights of Avignon. Of course you can also take a look at the famous St. Bénézet stone bridge, dating back to the 12th century. Meals included: Breakfast, Lunch, Dinner

This morning spend time at leisure or take an (1) excursion on the “Train d'Ardèche”. Travel in a panorama carriage on this heritage railway through the romantic valley of the River Doux. This afternoon relax onboard whilst cruising up river on the Rhône to Lyon.
(1) Excursion: Tournon and the Train de l'Ardèche. The Train de l'Ardèche is a historical railway in the French department of Ardèche and is renowned for its old timer steam locomotives. Contrary to what the name suggests, it does not touch the Ardèche river, but rather passes through the equally impressive and wildly romantic Gorges du Doux. The journey, in panorama carriages, ventures from Tournon-St.-Jean to Colombier-le-Vieux / St Barthélemy le Plain, where the locomotive is swiveled on a turntable and placed at the other end of the train before the journey back to Tournon. Meals included: Breakfast, Lunch, Dinner

Disembarkation after breakfast and end of your cruise.

Our cruises are popular with international customers and announcements on board the ships will be made in multiple European languages. Our Cruise Director speaks English and German.

Departure dates and prices 2022 South of France on the Rhône and Saône : 7% discount on all dates.

Cosmos brochure price in black from £899

Cosmos Tours
South of France on the Rhône and Saône

Cruise through the specatacular South of France and marvel at the Rhône Valley and the many wonders of the Saône River. In one journey, you’ll have the chance to see iconic cities such as Lyon, also known as the " City of Lights", Macon, Arles, and Avignon. By pre-purchasing the optional excursion package available on this cruise you will experience, among other exceptional sights, the natural beauty of the Camargue region, an included visits to the Benedictine Abbey in Cluny, the Palace of the Popes and St. Bénézet bridge in Avignon, as well as a journey on the Panoramic “Train de l'Ardèche.”

This lovely South of France on the Rhône and Saône river cruise comes with a 7% discount saving when you book direct with Cosmos. Call on 0330 0588 237 and quote the code TRAVEL55

The MS Rhone was built in 2004 and rebuilt in winter 2012/13 to have French balconies on the upper and middle decks. The comfortable ship offers its 154 guests ample space in the tastefully decorated social rooms decorated with Art Nouveau elements and on the sun deck. For relaxation, guests can enjoy a wellness area with steam bath, sauna, solarium and whirlpool.

All cabins (approx. 14 m2) and mini-suites (approx. 16 m2) are located outside, are comfortable and luxuriously furnished. On the central and upper deck with French balcony, on the main deck, the smaller windows are not open for security reasons. All cabins are equipped with shower/WC, TV, radio, refrigerator, safe, hair dryer and individually adjustable air conditioning. The mini-suites are fitted with a bathtub. 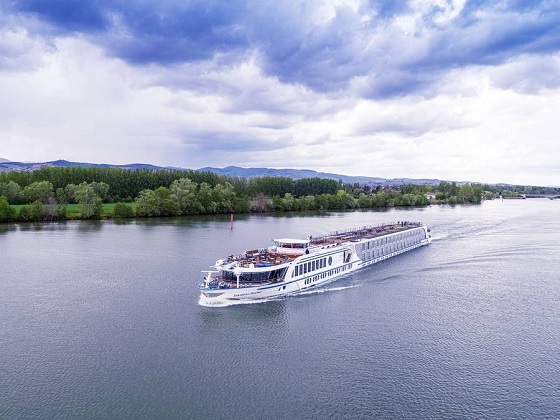 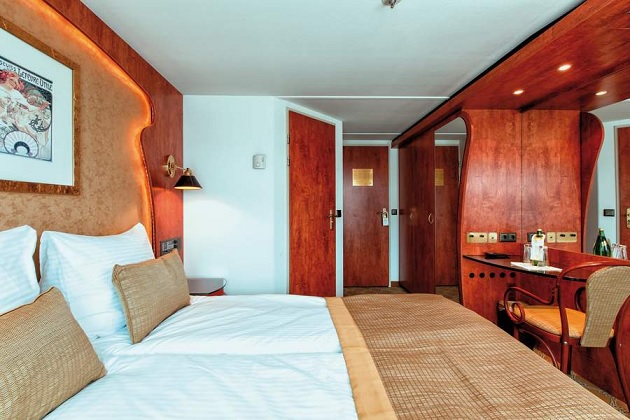 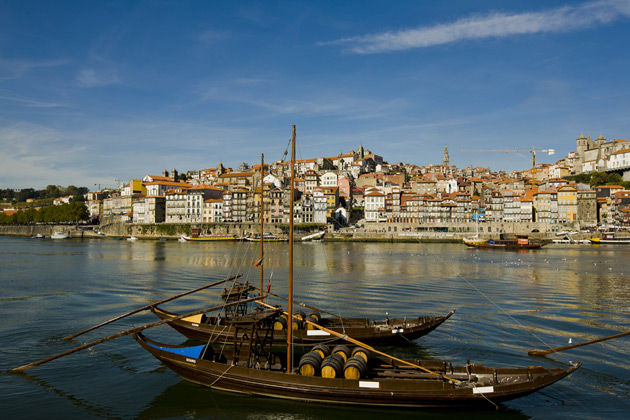 A colourful potpourri of highlights await you, including a visit to the Mateus Palace
more info

Edelweiss - Flowers of the Rhine 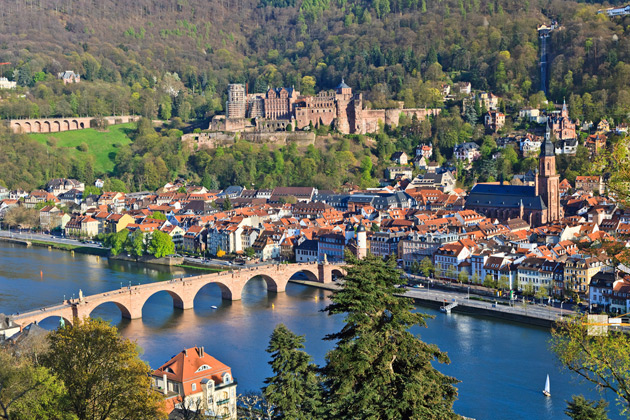 Cruise along the picturesque River Rhine ​​taking in the flowers of spring.
more info

Highlights of the Danube 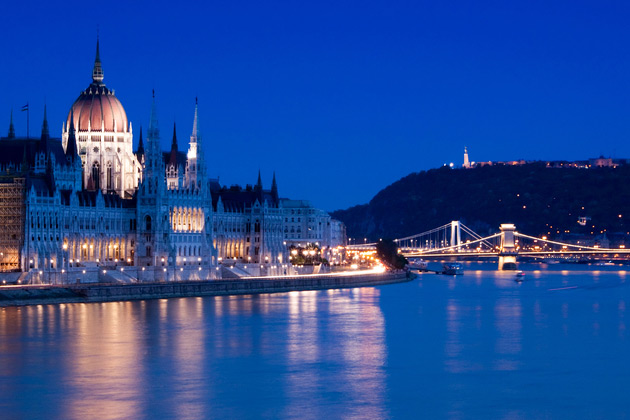 Cruise the fascinating river Danube. Take in the sights and sounds.
more info 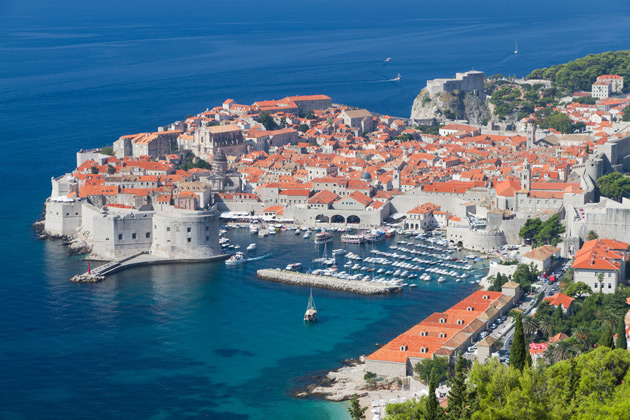 South of France on the Rhône and Saône