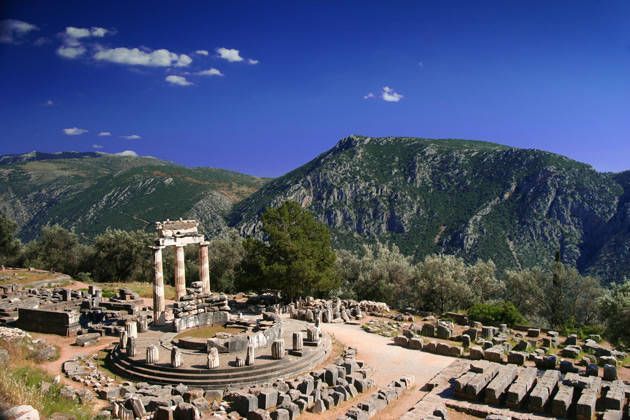 Today, make your own way to the airport or be collected by our Private Chauffeur (if you've pre-booked) for your flight to Athens, and on arrival we'll transfer you to your hotel. After time to settle in, get to know your fellow travellers over a welcome drink and dinner this evening. D

The Greek capital, Athens, is a totally unique city packed full of unforgettable sights. We'll take in all the main highlights today, including the site of the first modern Olympics, the Panathenaic Stadium, which was reconstructed from the remains of an ancient Greek stadium. The Old Parliament building, originally built as a royal palace for King Otto, now houses the National Historical Museum, while the Tomb of the Unknown Soldier lies in the square in front of the building. We'll see both before we visit the city's crowning glory, the Acropolis, which stands high on a rocky outcrop.

The magnificent citadel is surrounded by important monuments including the Parthenon, a temple dedicated to the goddess Athena, and we'll also view archaeological findings from the site at the Acropolis Museum.

This afternoon, there's time to explore at your leisure. Alternatively, why not visit Cape Sounion on an optional excursion. Here, we'll see the Temple of Poseidon, a beautiful ruin which was built in the style of the Parthenon. Perched on a headland, it offers beautiful views over the Aegean Sea. B

We hit the road this morning as we drive to the Peloponnese to explore the Argolic plain. Our journey takes us across the bridge that spans the famous Corinth Canal. We'll stop here to take in the views of this narrow, steep-sided passage which connects the Gulf of Corinth with the Saronic Gulf.

Our journey then continues to the ancient city of Epidaurus. Once a celebrated healing centre dedicated to the god Asklepios, here we'll see the immense Theatre of Epidaurus, the best-preserved in Greece, which could accommodate up to 14,000 spectators in its day.
Next stop is Nafplio, a pretty seaport town dominated by the Castle of Palamidi. During free time here take a stroll through the medieval Old Town to see well-preserved neoclassical mansions, or walk along the seafront promenade. There's time for a spot of lunch too if you wish, before we head to the ruins of Mycenae, a kingdom that was the most powerful in Greece for 400 years. This fortified palace complex was discovered in 1874, and on our tour we'll see the magnificent Lion Gate, the royal cemetery known as Grave Circle A, the Royal Palace, which is located at the acropolis summit, and the Secret Stairway. This flight of 99 steps drops to a cistern deep beneath the citadel. We'll also visit the Treasury of Atreus, the most outstanding of the tholos, or beehive, tombs.

En route to our next base, Nafpaktos, we'll cross the impressive Rio-Antirio Bridge – the world's longest cable-stayed bridge – as we drive along the northern coast of the Peloponnese. B,D

Today we'll visit the mountain village of Trikorfo, where we'll visit a relatively new monastery, built in 1991 and home to 16 nuns. We'll also head to the small seaside village of Glifada, where we'll board a traditional boat for a short cruise to Trizonia, the only inhabited island of the Corinthian Gulf. With no cars and many peaceful beaches, this pretty fishing village is a great place to enjoy a late lunch in one of the local tavernas. B,L

There's a great morning ahead as an included tour takes us to Olympia, the site of the original Olympic Games in 776 BC. Set on the banks of the River Alfios, this ancient city is ours to explore as we take in the Temple of Zeus, the Palaestra, where Greek athletes practised wrestling, and the workshop of Phidias, a Greek sculptor, painter and architect. The Olympia Archaeological Museum is also well worth a visit, and we'll do just that before we head back to the hotel. B

You can spend today at leisure, or join an optional excursion which takes you on a journey on the Diakofto-Kalavryta Railway. As we ride on a traditional cog train, we'll take in stunning views of towering mountains, flowing water and the surrounding countryside as we pass through a gorge and several natural tunnels. We'll have time to explore Kalavryta, a lovely town on the bank of the river Vouraikos, before we drive to the monastery of Mega Spileo. Built on the steep slopes of a rocky hill, we'll step inside to admire wonderful frescoes and mosaic floors. B

​This morning, we'll leave Nafpaktos behind and journey by road to Delphi. One of the most sacred sites in Greece, this was an important religious sanctuary and said to be the place where heaven and earth meet. We will admire the Sanctuary of Apollo, where pilgrims would come to leave offerings to the gods, and the Treasury of the Athenians, where the offerings were stored. We'll also visit the museum of Delphi.

This evening, after we've checked into our hotel in Athens, we'll gather together and take the metro to Plaka, the city's Old Town, for a farewell dinner in a restaurant here. B,D

Today we'll transfer to the airport for our flight back to the UK. Upon arrival, either make your own way home or your Just You Private Chauffeur Service will be waiting for the journey home (if you've pre-booked). B

Just You Singles Holidays
Athens, Olympia and the Corinth Coast

Prices from £1924 - no single supplement

Architectural gems tell intriguing tales of years gone by, while beautiful natural delights await your discovery at every turn in spectacular Greece.

Your tour of Athens includes the Tomb of the Unknown Soldier and the iconic Acropolis, which looms overhead.

After crossing the famous Corinth Canal you'll journey back in time in the ancient city of Epidaurus and as you explore the fascinating ruins of Mycenae.

Then on to Olympia, to set foot on the site of the original Olympic Games, held in 776 BC. Finally, a visit to Delphi, one of the most sacred sites in the whole of Greece, gives you the chance to admire the Sanctuary of Apollo and the Treasury of the Athenians.

The Athens Tiare Hotel is a stylish property, that also has an array of great facilities and services on offer. There is an in-house restaurant that serves Greek cuisine, a bar area for guests to enjoy, and a fitness centre. Each room features modern décor as well private facilities and a safe. It should also be noted that complimentary WIFI is available throughout the Athens Tiare hotel, and it is located very close to public transport links.

Just a short walk from the harbour and beach your will stay at the 3-star Hotel Nafpaktos. Hotel facilities include a restaurant and bar. Bedrooms feature en suite facilities, TV hair-dryer and air-conditioning.

The Athens Tiare Hotel is a stylish property, that also has an array of great facilities and services on offer. There is an in-house restaurant that serves Greek cuisine, a bar area for guests to enjoy, and a fitness centre. Each room features modern décor as well private facilities and a safe. It should also be noted that complimentary WIFI is available throughout the Athens Tiare hotel, and it is located very close to public transport links.

Madeira - The Pearl of the Atlantic 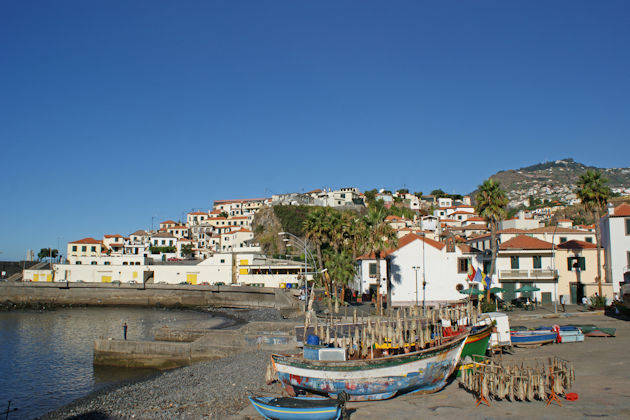 Madeira is a gem of a destination, affectionately known as the Pearl of the Atlantic
more info 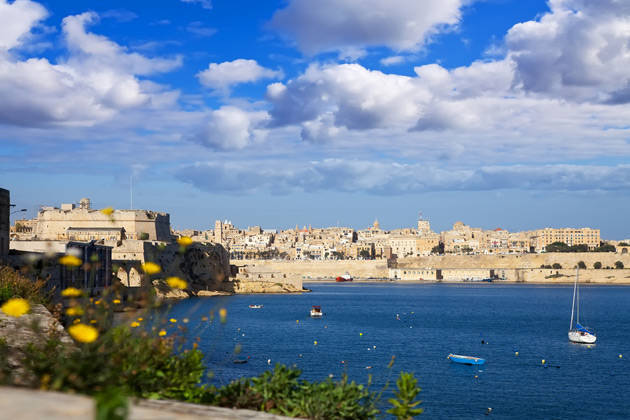 Includes trips to Valletta, famed for its Grand Harbour, and the Three Cities – built by the Knights of Malta
more info 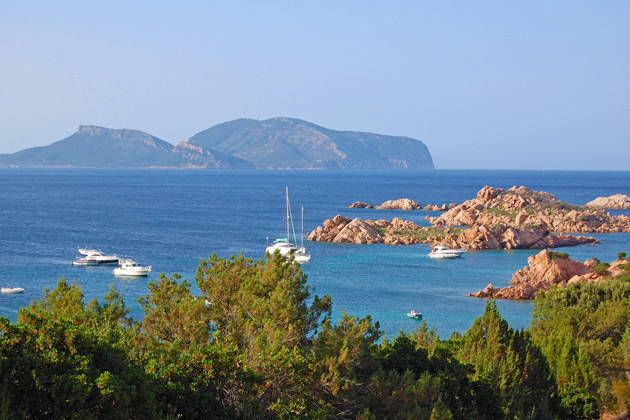 Sardinia is an island with a laid-back atmosphere and a glamorous edge. Maximum gour size 35
more info 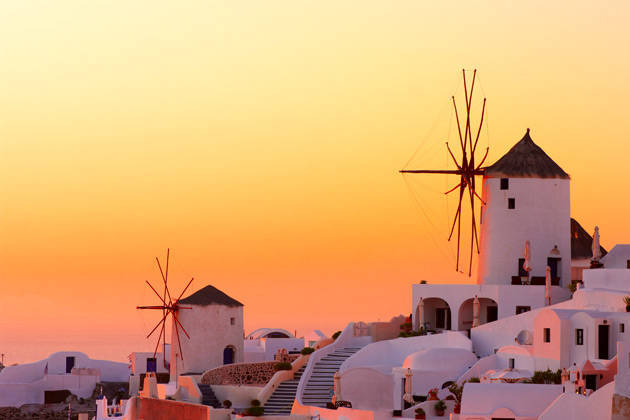 Santorini, one of the most stunning of the Greek islands, on Paros relax on its lovely sandy beach, and the island of Mykonos, known for its windmills
more info

Athens, Olympia and the Corinth Coast